A to Z Blogging Challenge: H is For Headdress 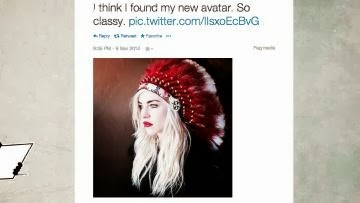 This picture was posted publicly on Twitter earlier this month.

Is it wrong to wear a native american headdress?

For those of you that didn't head about this, this is Christina Fallin, the daughter of Oklahoma's governor. She posed for pictures wearing a Native American headdress and got a lot of backlash for it.

So some people *who have nothing better to do* got really upset that she wore this headdress and posed for pictures. I don't see the big deal. When did it become taboo to dress like people from another culture? The native americans sure do seem to be getting butthurt over the smallest things these days. First it was calling a sports team "Redskins" and now you can't wear some feathers on your head?

I know, I know..I've read the opposition that says these are sacred ceremonial headdresses for ceremonies but what about wearing a replica headdress that is never worn or going to be worn in a ceremony?

Now why did they have to apologize? It's a replica of a headdress, not even a real one.

So now we can't dress our kids up as Indian Princesses for Halloween, wear a headdress for cute pictures or name out sports teams things like "Chiefs or Redskins". My dad bought my a pair of moccasins when I was a kid and I liked them, should we not be able to wear those either? Maybe the native american dolls that I inherited from my mom should not be shown out in public?

When did we become a nation of people that bow down to every angry word thrown at us and stop standing up for ourselves. I think I might buy a huge native american headdress and wear it on Halloween to give out candy. 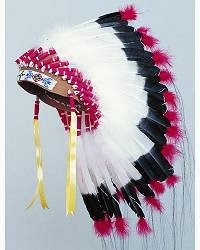