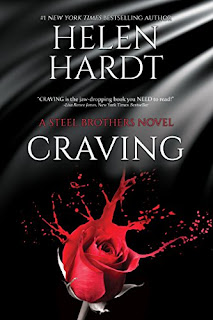 After being left at the altar, Jade Roberts seeks solace at her best friend’s ranch on the Colorado western slope. Her humiliation still ripe, she doesn't expect to be attracted to her friend’s reticent brother, but when the gorgeous cowboy kisses her, all bets are off.

Talon Steel is broken. Having never fully healed from a horrific childhood trauma, he simply exists, taking from women what is offered and giving nothing in return...until Jade Roberts catapults into his life. She is beautiful, sweet, and giving, and his desire for her becomes a craving he fears he'll never be able to satisfy.

Passion sizzles between the two lovers...but long-buried secrets haunt them both and may eventually tear them apart.

I saw this one being advertised as a freebie on Amazon a while back and it sounded ok so I got it. I like a hard fought romance where one of the characters has some emotional issues to work through and that's what I got with this one.

Jade is hurting after being dumped at the alter so she stays with her best friend but doesn't expect to find herself attracted to her friend's brother.

Talon (I love that name) has some serious emotional issues and finds himself brooding and fighting his attraction for his sister's friend when she comes to stay at their ranch for a while.

Talon had something bad happen to him and we get to see what it was in flashbacks throughout the story. His sister mostly thinks that he might have something like PTSD from his time in the military but it wasn't from that. Talon is truly messed up and because of that he's hard to get to know, hard to be in a relationship with even if he doesn't see that's what he and Jade were in. He's never let anyone get as close to him emotionally as Jade gets and that scares him. But he's more than just emotionally stunted, he treats those are around him like crap and his treatment of Jade was more than I ever would have put up with.

This started out pretty good and I liked the romance for the most part but they did seem to jump into bed awfully fast and from that part forward this book was all about the sex and not so much about anything else. I could have overlooked that and enjoyed the story if it hadn't ended in a huge cliffhanger. I don't even feel like saying more in this review because what's the point really? It had a lot of promise and didn't live up to that promise at all. I detest cliffhanger endings.

When will authors realize that we readers don't appreciate cliffhangers? I want an entire book but with a cliffhanger we get part of a book and they expect us to buy the next book to get any resolution that we were looking for in the first book. Not gonna happen. I'm only giving this 2 stars instead of 1 star because some of the storyline was ok, it had promise for a while and then drowned overboard with that cliffhanger and his treatment of Jade.