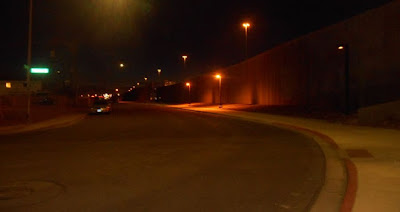 If you've been reading my blog for long you know that I hadn't figured out how to take pictures at night without them coming out blurry, especially with flashing lights from the police or ambulance. I asked on Twitter if anyone knew and really didn't get any help and looked online ad again, no help. So I sat down with my reading glasses and started pushing buttons on my camera. LOL

I have a Nikon Coolpix digital camera and on the back is a button that says, "scene". So I pushed it and moved the curser down to scene and on that page are a bunch of outdoor pictures. When you click on them there are modes for "Night Portrait, Landscape, Cloudy day, Rainy, " Ect. So I clicked on Night Portrait and took a picture at night and it's not blurry! I did try to take a picture at night again when the fire truck was out there with the flashing lights and it's still blurry. And I absolutely cannot take the picture from behind my bedroom window because all I get is a picture of the flash reflecting off the window. So weird, right? So I have to be outside, have flash on, put it on night portrait and not have a bunch of flashing lights. So I probably won't be taking many night pictures. I had never turned the flash on at night because then people look at you and I don't want to draw attention to myself if the police are out there. 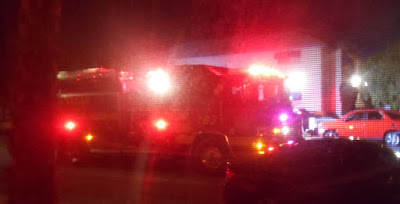 I was able to get this picture of the fire truck the other day though. And even though it's night time, the picture isn't as blurry as it usually is. The flashing lights still mess it up a bit though. 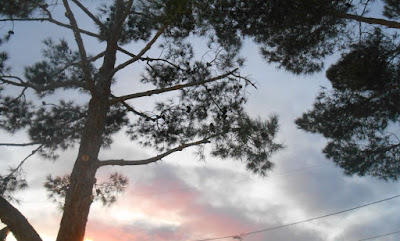 I started taking pictures just as the sun came up or at sunset and changing the color too.

So now I can take a pretty good sunrise picture when it's still really dark outside. 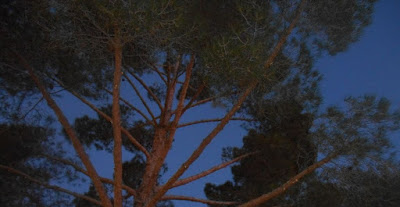 It was really dark outside when I took this one but the moon was lighting this up just enough to be able to get a good picture. 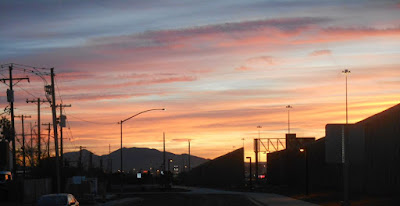 Falcor gets me up early so when I saw a pretty sunrise, I snapped a picture. 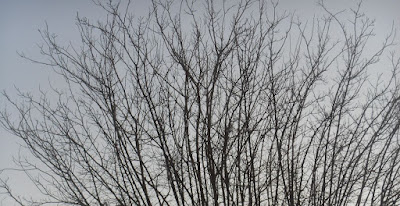 I can change the colors too, this one was grey. 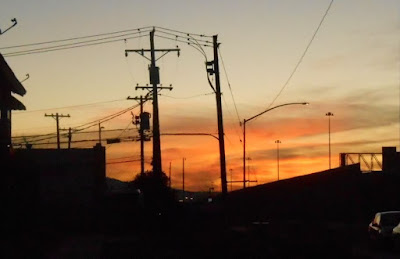 I'm still messing around with buttons and changing colors but we had some really cool sunrises this week.

It was so dark out that the street lights were still on and the picture came out good anyway.

The sunrise between the two apartment buildings. I don't know why that one window lit up like a lighthouse but it made me laugh.

Such a pretty sunrise. 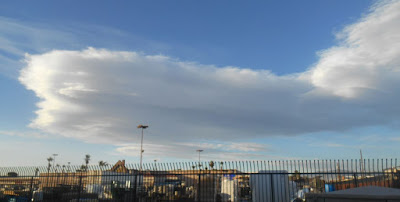 I spotted this one huge cloud out there all by itself.