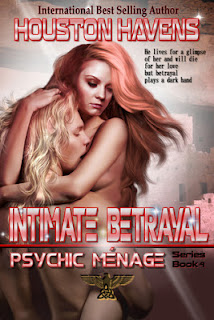 Today I am a guest reviewer over at I Smell Sheep! I reviewed the book pictured. I'd love for you all to stop by I Smell Sheep and read my review.

Kindise Wyatt escapes her Star Rider captor and returns to Earth. With the help of a sexy Old World Mole and his mysterious friend, she's determined to uncover the whereabouts of her lover. Instead, she finds nothing but betrayal and her captor in pursuit.

On the lam after betraying his evil ruler, ex-Dirt Dweller and drifter Jaden Valenti confirms his name is on a hit list. Finding what he believes will be safety amongst the Airbornes, he recreates himself and hides his past until trouble walks back into his life in
the name of Kindise Wyatt, the woman he was ordered to assassinate and didn't.

Due to the obsessions of a Fae woman Sori gave up his hard-earned royal title and left his homeland of Elfame. Love is the furthest thing from his mind until he is sent in Jaden's place to pick-up some cargo...human cargo in the form Kindise Wyatt. He feels the Fae magnetism of his soulmate in her. Problem is; she's in love with someone else.

Will Jaden fulfill his orders to kill Kindise and get his name removed from the list, or will his secret be exposed and betray the friendship he has with Sori? Does Sori help Kindise find her lover, or will a love between them have a chance to flourish before a fatal attraction and a determined captor rip their love asunder? Will Kindise find true love or will betrayals at every turn crush the fight out of her? Can she find her inner strengths to keep fighting and lead The Freedom Fighters to defeat the Dirt Dweller elites, once and for all? 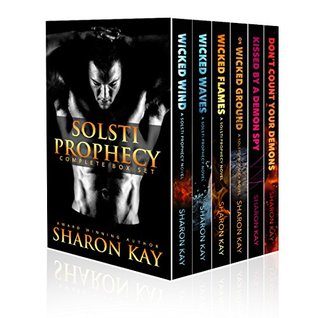 Lethal, jaded, and efficient, four Watcher warriors encounter four sisters who walk straight out of a myth and into their hearts. The Solsti, supposedly legendary females who each control an element, are very much alive.

Quickly immersed in kidnappings, killings, and vengeance—not to mention soul-binding sex—each couple’s path brings them to locations and emotions far beyond anything they could have imagined. With their lives on the line, each sister learns to trust her ability as well as the male who has captured her heart.

Within each Watcher a fierce need is awakened: to protect what belongs to him. To protect the sexy mates they never anticipated they’d find and now cannot live without. The sisters complete their warriors’ battle-hardened lives in ways both unforeseen and completely perfect, and together they rain hellfire to annihilate their tenacious enemies.

Solsti and Watchers. Together they are invincible.

Four novels of danger and white hot passion complete the Solsti Prophecy series. Read on for a novella and EXCLUSIVE short story involving key characters who help bring the legend into vivid reality.

*The short story, Don’t Count Your Demons, will ONLY be available in this box set! *

On Wicked Ground
Alina, who was found in a cave and raised by a vampire wants nothing more than to know why she was abandoned and left in a cave. She wants to find her family but when she decides to use magic and scry for them she unwittingly puts herself and them in danger. Things turn very interesting when she meets Caine, gets hurt and he brings her to a healer. Caine helps her come to terms with finding out who she is, who her sisters are and getting control over her powers all the while getting ready for a fight with a big bad.

Kissed By A Demon Spy
Garnet and her son Dashiel have been slaves for many years but she and her son escape after the leader keeping her prisoner dies and that's when she meets Aden. Garnet is looking for work, a place to stay and keep her son safe and Aden is looking for a cook. So it was no surprise when she took the job as cook and she and Aden start to get closer. Seeing how there are snake headed demons called vipers and they seem to cause a lot of trouble, it's no wonder that Aden goes on patrol to keep his Inn and the people inside it, safe. This is a novella but it's a full story and one I recommend reading if you like this series.

Wicked Flames
Gin Bonham isn't as accepting of her magical gifts as her sisters seem to be, mostly because she's scared of it. If I had the gift of being able to control fire, I might be afraid of burning a house down or setting someone on fire too. She knows about the Lash Demons and how her sisters are finding their mates with them but she really wants no part of it all. She doesn't realize that even though she wants to stay out of the drama, the drama is coming to her. Mathias is sent to try and convince Gin to help her sisters fight the big bad that they've been told is coming but she isn't ready to until trouble follows her and she has no choice.

Wicked Waves
Brooke and her sisters have recently learned that they are the solsti sisters and she is trying to learn how to control her power over water. The Lash Demons, including Kai are trying to help her and her sisters learn how to control their powers so they can fight the big bad that's coming. There's just one big problem and his name is Kai. Brooke and Kai really dislike each other or at least they start out that way and I think that really makes for an interesting story. The sarcasm, quips and looks they give each other made me laugh and of course when dislike turns to lust, well that's always fun too.

Wicked Wind
Nicole and her two sisters think they are human's with special abilities but they find out quickly they are much more than that when a Lash Demon *Gunnar* spots them using their gifts to help someone and helps them find out who they really are. Gunnar follows the sisters to find out more about them and even follows Nicole into a club and starts dancing with her. Hard to keep your wits about you when all you want to do is get the girl in bed but he has to stay close so he can find out more about her. This is a great start to an interesting series.

Don't Count Your Demons by Sharon Kay *Short Story*
Arcanie the ruler of Tarsa is sick and she's been trying everything to get rid of the illness that's taken hold of her body. Zinaya would be the next ruler of Tarsa if her mother's illness wasn't cured soon. But the rules state that in order for the next female member of the ruling family to become ruler, they had to be mated and Zinaya wasn't and had no plans on being mated any time soon. This wouldn't be such a problem is Zinaya's cousin, Nera could be counted on to be a good ruler but she and her mate would not make good rulers. In fact, if Nera becomes the ruler, they are afraid what would happen to Tarsa under her rule. But there is always one other choice and this one is called the mate run. If Zinaya can outrun the male warriors during the mate run then she could rule alone and if not, she would take the strongest male as her mate and rule Tarsa upon Arcanie's passing.

Zinaya was fine not taking a mate until she met D'Mari. The tall, muscled male was strong, smart and in her words, yummy. All seems to be going great until he is called out on a mission. Things go from bad to worst at that point and people die. There's something really fishy going on with Nera but they need more proof that she's behind the back stabbing before they can do something about it.

This book is well written and I felt engaged as a reader the entire time I was reading. I found myself completely caught up in this story and wondering what might happen next. There were several things going on at once in this book and I was convinced that the outcome would be bad for one or more of the characters. It kept me guessing and I like that.

I've read all the books in this series and even though this was a short story, it's packed and I do mean packed with action, sex, drama and such a great love story.

If you get a chance to read any or all of these books, I'd jump on that because these books are really good.
Posted by Mary Kirkland at 12:00 AM 2 comments