Our Day In Court 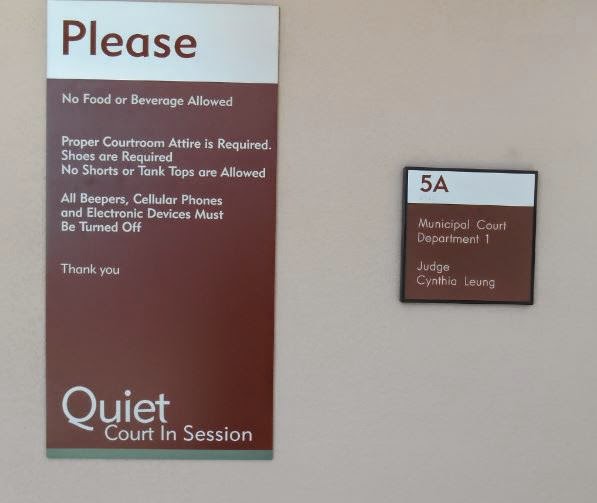 If we're FB friends then you probably already know that Ken and I had to appear as witnesses in court yesterday. We called the police on our neighbors a few weeks ago because the guy was beating on his pregnant girlfriend. We got subpoena's had to go to court and testify as to what we saw. 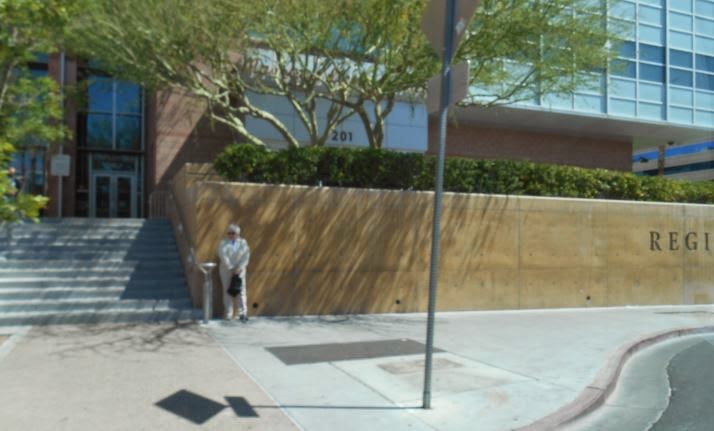 So my dad drove us down to the Regional Justice Center and sat in the courtroom as we both testified. We were there for about 3 hours and it was quite the experience since I've never been in a courtroom before. We were a little worried about going because the guy's father came to our apartment last week, we get a knock at the door and there's a guy and a woman standing there asking for Ken by name. The weird thing was the guy was half dressed in a Metro police uniform..just the pants, shoes and belt with his badge, gun and handcuffs and wearing a regular civilian black and orange t shirt.

So Ken lets them in and they they tell us that they are the guys parents and they wanted to get our side of the story before court. So Ken told them what we saw and the dad who we thought was a metro police officer tells us that even though we got a subpoena, we don't have to show up...it's really voluntary and we won't get in any trouble if we don't go. That he is trying to get his son in the military and if he is convicted for battery domestic violence that all that is out the window. But if Ken doesn't show up in court that the case will get thrown out and he can get on with his life.

Essentially the father tried to intimidate us into not testifying...Not gonna happen.

So yesterday when we went to court and the prosecutor asked us about this incident, they found out that he actually isn't a metro police officer...he's actually just school police. I got a call last night from the city attorneys office and they wanted us to go file a police report on the father for witness intimidation and impersonating a police officer. But we decided to just let this drop as long as he and his son let it drop. We don't want to pursue this any further. 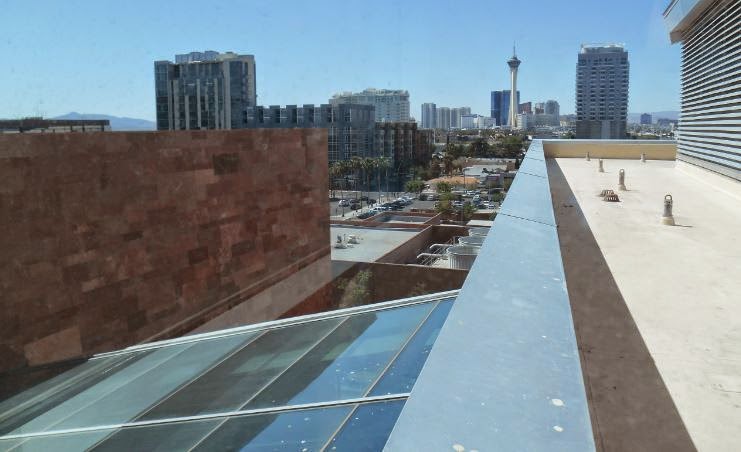 I took this picture out of the 5th floor lobby that I was waiting in after I testified and Ken was on the stand. That's some of the Las Vegas skyline right there. You can see the Stratosphere off in the distance. 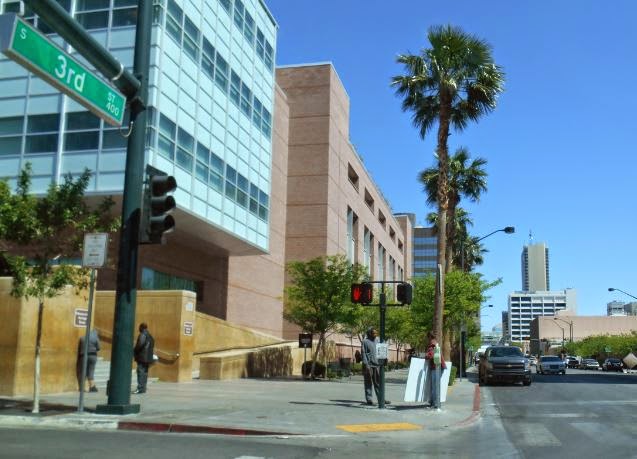 This is outside the Regional Justice Center where we went to court. I was surprised that when we went inside they made you take your shoes, belts, ect off and put everything in a basket to get scanned just like at the airport. Ken and I had no problems going through the metal detectors but they stopped my 83 year old dad and took a closer took at his cane and even took one of those hand held wands and swiped it over my dad. Obviously because my 83 year old father looks like a criminal. lol

I'm just glad it's over.