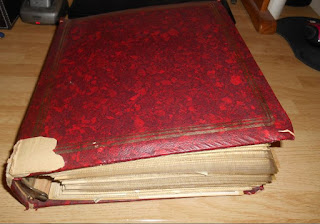 My mom and dad got divorced when I was 11 and they gave me a big box of photos because I was interested in keeping the family pictures. I went to live with my grandma when they split up and she bought me this photo album to put all the pictures in. That was 35 years ago and this photo album has seen better days. The outside of it is all cracked to hell and is falling apart. The magnetic pages are no longer magnetic and don't stick, so the pictures just move around inside the album and fall out. It was time for a new photo album. 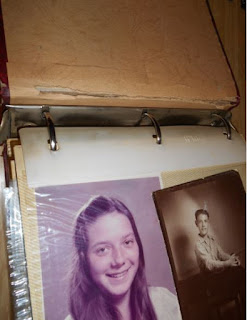 The inside of the photo album is cracking and pulling apart and like I said, the pictures don't stay where they're supposed to. Oh and on this page is a picture of me and one of my dad, both of us at age 12. 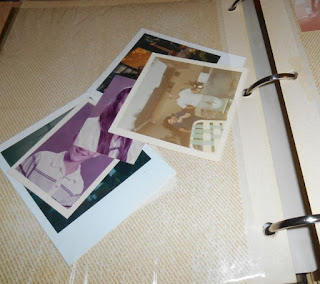 The pictures are just in piles inside this old thing. 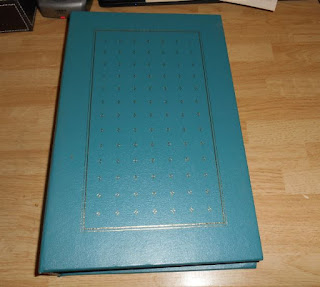 So here's the new one. 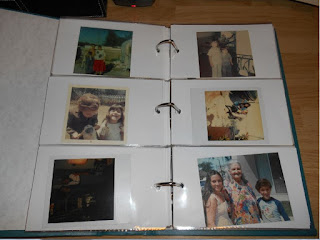 My brother and sister in law gave me this one and I like this with the pockets. These pictures won't be floating around the pages. I have about 20 photo albums. I know everything is digital these days but I really like being able to pull out a photo album and see the picture instead of trying to track one down in a file on my computer. A few years ago I lost some pictures that were stored on my computer when it crashed and it wouldn't turn on again. It happens so now I back all my pictures up on photobucket and order prints from shutterfly for the ones I want print copies of. I should put them all on disc at some point.