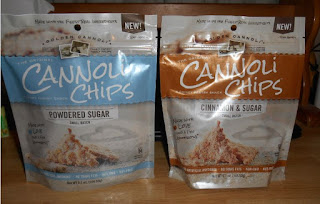 A couple of weeks ago I saw a friend on FB talking about these Cannoli Chips that she found in the grocery store. I love trying new products so I knew I wanted to try these. We looked for them in the grocery store we go to and of course they didn't carry them. So I did what anyone these days does when they can't find something...I Googled it and saw that Walmart was selling them online on their website for just $2.95 for a 5,1 oz bag. So I ordered a bag of the Powdered Sugar and a bag of the Cinnamon Sugar Cannoli Chips. 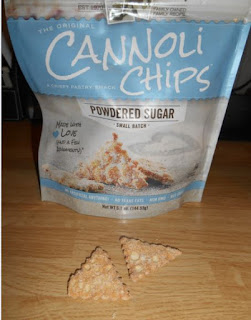 I've never had a Cannoli and don't know what they taste like but because they were called 'chips' I thought they would have the consistency of a crispy potato chip. Turns out it's more like a soft buttery cracker with cinnamon sugar on it. Not that I'm complaining because I'm not, these are really good. The Powdered Sugar Cannoli Chips are really good and have a nice powdered sugar flavor to them. 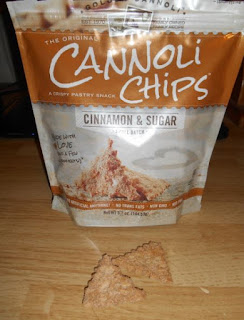 Have you ever had a Cannoli? Would you try these chips?