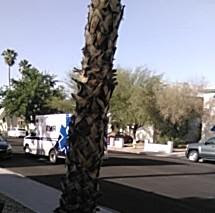 This week I heard a bunch of yelling outside and looked out my window to see the ambulance one building down in my apartment complex from me. They brought someone out in a stretcher and took them away. 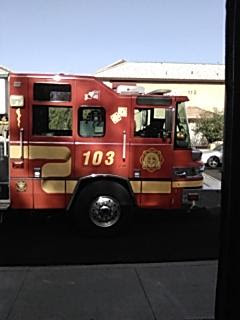 A few minutes later the fire truck parked in front of my bedroom window. They all got out and went down to where the ambulance had just left. I heard more shouting from down there but didn't see anyone. I don't know what happened but no police showed up.
---
On Thursday night at 10pm, my daughter was down by her friends apartment in the last building down the street in our complex when several police officers walked into that courtyard. Her friend wasn't home so she didn't stick round so I'm not sure what was going on.
But a little while later I heard a quick siren and looked outside to see 5 police cars driving down my street. One police car stopped at the end of my street and stayed there for about 10 minutes. The other 4 police cars went around the corner. Then the one that was parked t the end of my street drove off. I have no idea what was going on but I looked outside a couple more times and twice I saw more police cars driving by. But I don't know what was going on.
all in all it was another pretty quiet week.
The high this week was 103F/39C
The low this week was 67F/19C
So that's it for this week's Apartment Hell  Life! Be sure to come back next week for more.
Posted by Mary Kirkland at 12:00 AM 43 comments