I'm back and what I did while I was away

For those who celebrated Thanksgiving on the 24th of last month, I hope everyone had a wonderful Thanksgiving. We did and and my family came in from California to be here and other family that lives here all came over for a turkey dinner. Even though I love seeing all my family, this time of year is a bit stressful for me because my mom passed away 5 years ago and even though it's just family that comes over I have high anxiety being around a lot of people because I have Schizoaffective Disorder. Meaning while I don't have Schizophrenia, I do experience some of the symptoms like hearing voices and having hallucinations, not all the time but stress makes the symptoms worst.

So that's why I took some time away from social media because while I've been handling this disorder without anti-psychotic drugs for the past 10 years, it's not an easy thing to do. I have tried the drugs but the side effects from them are actually worst than seeing things that aren't really there. I'd rather deal with the whispering and hallucinations than deal with those side effects again. I do take 2 different antidepressants and that does help a bit. I also have something called Schizotypal Personality Disorder and having both at the same time makes things a little harder for me but I've been dealing with it for a long time. And because mental health disorders have such a stigma attached to them, I think it's good to bring things like this out in the open whenever possible because there are a lot of people out there suffering from mental health problems that could really be helped if only they would open up and seek out the help. So now you know.

My brother and sister in law came in from California and stayed for 4 days and my dad and step mother as well as my daughter and grandson came over for Thanksgiving. I had a full house in my small 1 bdrm apartment. lol 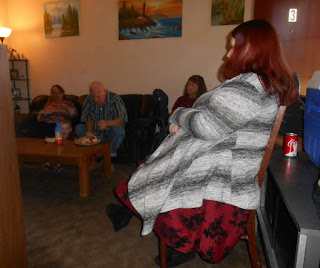 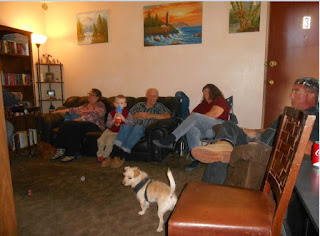 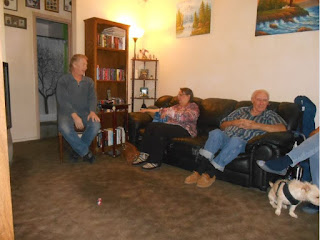 Everyone seemed to like the dinner I made so that was good and everyone got to visit for a while since we hadn't all been together since last year. So it was nice to get together.

But now that it's over and everyone has gone home, it's nice to be able to settle back down and get back to normal...whatever that is. I have a couple more pictures and I'll be sharing them in the next couple of weeks on Wednesdays, when I share my favorite picture of the week.

I also took this time to put the Christmas tree up and wrap some presents. 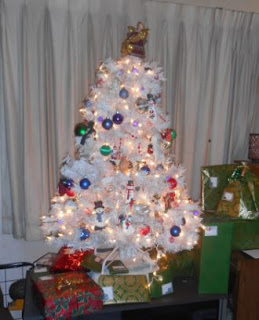 And then we had to contend with Falcor urinating on our bed, my shredded memory foam pillow that would cost $50 to replace and even though I washed it, it wouldn't dry and took on a terrible smell so I had to toss it and get a cheap uncomfortable pillow. *Still pissed off*

Then he decided to pee on the couch, the box I had on my side of the bed, the chair and the couch pillow. So we are in the middle of trying to re-train him not to pee on our things. I don't know why he started doing it all of the sudden. He's my first dog so I really am stumped at this. So we don't leave him alone. If I'm outside, in the bathroom or cooking, Ken keeps an eye on him and vice versa. He's not allowed in the bedroom except at night to sleep and when that didn't stop him...I got these.... 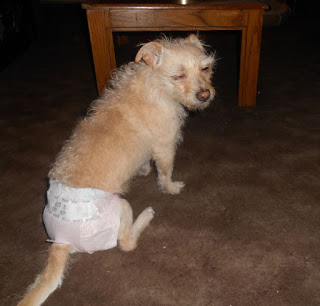 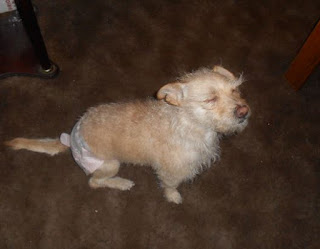 Yep, doggie diapers. So far there have been no accidents in the apartment for 2 weeks and he only wore the diaper for a few days. I'm thinking that maybe he felt left alone when Ken went away to dog sit for 2 weeks and then we had a lot of people over for Thanksgiving so maybe he just got all messed up emotionally. I dunno. But so far so good and I think he's glad not to have to wear the doggie diapers anymore. lol

It was nice to have a break from social media but it's also nice to be back.