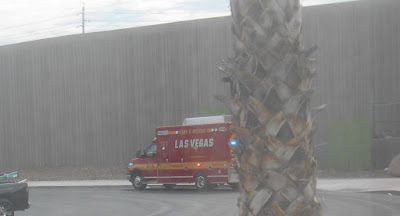 On Tuesday the ambulance showed up for someone across the street but they left without taking anyone.
On Wednesday night around midnight Ken and I heard gunshots but it wasn't real close so I didn't bother to call the police since it sounded like it was a couple of streets over and I wasn't sure where. But less than 10 minutes later we heard police sirens in the same area so someone called the police. A couple of weeks ago she walked by my door and screamed, "You have a scary f*cking window" and just kept screaming it as she walked through the courtyard. lol 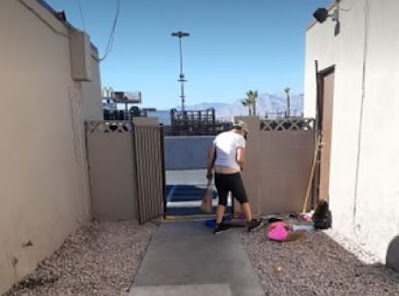 This homeless woman goes to the drug apartment all the time and routinely walks through my courtyard screaming incoherent things. And she screams really loud. Saturday morning I saw a bunch of clothes, signs and miscellaneous stuff on the ground by the old shop door. Later on my daughter saw the woman going through her stuff there. 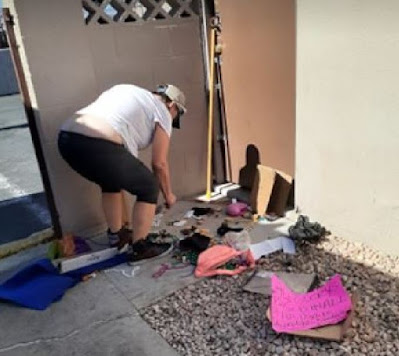 She brings her stuff here and leaves it and comes back to either take some stuff or bring more stuff. If it's still there Monday morning when the maintenance man and porter come through they will throw it all in the trash so I hope she puts it somewhere else if she wants to keep it.
So that's it for this week's Apartment Hell  Life! Be sure to come back next week for more.
Posted by Mary Kirkland at 12:00 AM 54 comments