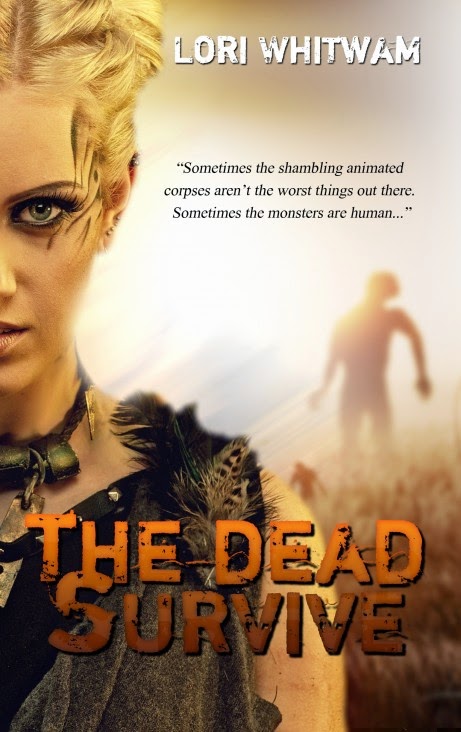 The blank-eyed swarms of animated corpses who want to gnaw on your flesh. Well those are the obvious choice, of course.

In reality, though, it’s not always that simple.

In the early days of the global zombie pandemic, Ellen Hale learned a brutal lesson.  While trying to survive the hordes of zombies, Ellen was abducted by a band of marauders and subjected to abuse almost beyond her ability to endure.

She is broken both mentally, and physically, and fears she is on the verge of becoming a monster herself…

Until she is rescued by a growing band of survivors and given a second chance.

Ellen is taken to “The Compound”. Where she meets ex-convict, Quinn.

He’s everything she’d ever been taught to fear, but his presence is the only thing that makes her feel safe.

Will she be able to look past his rough exterior and learn to trust him? Or will the memory of the men who subjected her to such sadistic horrors ruin her chance at a new life?

When Ellen has found herself in the middle of a zombie outbreak, she thought she would be safe with her brother Matt until she is taken by force and made to endure sheer torture at the hands of several men.

Ellen's whole world is turned upside down and she doesn't think she's ever getting out of the predicament she's in until she's saved by survivor's of the zombie apocalypse. She's not sure she'll ever be able to trust another human being, especially a man but Quinn might just change her mind.

Quinn is a big, rugged looking guy and when Ellen first spots him she is completely intimidated by him. I don't know if it was his tattoos, his looks or the fact that he was killing zombies but he was the last person she wanted to get to know.

The very first time Quinn see's her, he does something that should have proven he wasn't a bad guy or even won her over just a little but she still thinks of him as Mr. Evil and when she learns he's an ex con, it pretty much cements her opinion of him.

Quinn proves he's more of a teddy bear than the big bad wolf when Ellen watches how he acts with one of the girls who was held captive with her.

Quinn is a totally swoon worthy hero and his character proves that you should never judge a book by its cover. A person is more than what they look like on the outside. The true spirit of a person resides on the inside and how the express themselves to others.

Ellen has lost just about everything of her old life but when Quinn finds something that she's been hoping to find and brings it back to her, well let's just say you're gonna need a box of kleenex to get through that scene.

I was so happy with this book, right up until I got to the ending and I had a moment of "Oh No You Didn't!"

It was one of those rare moments when reading a book where you want to scream at the author and ask them why they did that. I've read other reviewers say that this moment in time has happened to them but this is a first for me. I'm still a little stunned by the twist in this book. A twist that you will just have to read the book in order to find out what I'm talking about.

If you'd like to read this book you can pre-order it on Amazon, It will be released on December 30th.

Disclaimer: I received an advanced digital copy for free from the author in exchange for my honest review.