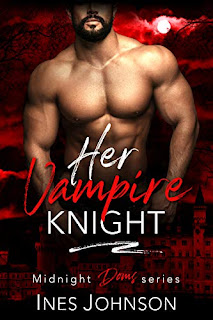 Book Description
This little panther shifter thinks she’s captured me. Me; one of the most feared vampires in history.
She thinks I'm the key to an age old prophecy; one where we join forces and unite to create new life. But that's impossible for a man who's been dead for centuries. With her every touch she makes me crave life.
The problem is, the more we fight, the more the beast below stirs, ready to claim her.
I can’t let it go that far. If I do, it will surely break us both.
My Review
So I finally found Virius's book and couldn't be happier. I don't know what number this is in the series because I think it was part of a trilogy of the three brothers stories but I'm glad I finally figured out the mystery of where this story was. lol
Virius had a heck of a bad childhood and then on the back of that he was bought at a young age and sired by a sadistic female vampire who tortured him all the time for many years. I read the stories of his two brothers and started to get to know him and wanted to read his book very much. I saw the beginning of Virius's story in Her Vampire Lord and really wanted to know what happened to he and Zahara.
Virius lived in a tortured, scared state for such a long time that he doesn't know how to feel anything but terror most times. This poor guy needed therapy. But Zahara has lived her whole life knowing that she has to fulfill a prophecy to save her people so she feels like her life isn't really her own. She thinks that Virius is part of that prophecy and so she trades his brother for him and he goes willingly. Zahara is a jaguar shifter and a good fighter but wouldn't have really been no match for Virius since he is a vampire, if he had really wanted to get away.
It was nice to watch Virius really come to life during this book and realize that Zahara isn't going to hurt him. Both he and Zahara are fierce people but were so gentle towards each other. Zahara's people really believe that the curse will only be broken after the ritual is performed but things take a decidedly different turn than I thought it was going to take, which was just fine. I was hoping that Virius's story would be good but it was great! I'm so happy that all three brothers found their mates.
I give this book 5 out of 5 stars.
Posted by Mary Kirkland at 12:00 AM 14 comments