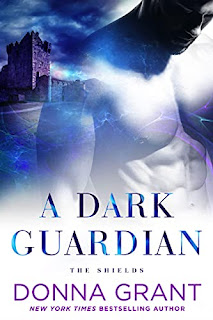 Book Description
Earth is about to be annihilated by creatures spoken of only in myths and legends. The fabled race of the Fae has gathered together a group of warriors highly skilled and trained to defeat these creatures. These men come from different times and realms, giving their lives, if necessary, to end the destruction of our world.
Dear Reader –
Have you ever wanted to travel through time with weapons crafted by the Fae themselves? To experience adventure so thrilling and dangerous you don’t know if you will live to see tomorrow? Now my men and I are faced with fighting creatures only thought to live in legend but which have been brought to Earth by evil bent on annihilating all the realms. That is my life – and I love it.
At least I did until I found myself staring into the angelic, innocent face of Lady Mina of Stone Crest. In all the time I have led the Shields, I have trusted my instincts to keep us alive, yet now I don’t know what to believe. Everything points to Mina as the evil summoning the creatures, but she proclaims her innocence.
I should be able to see through her lies, if she is indeed lying, but my attraction to her blinds me to even that. The last time I found myself so lured to a woman, it nearly cost me the lives of my men. I cannot allow that to happen again. I won’t allow that to happen again.
Yet every time she looks at me, begging me with those blue-green eyes to believe her, I find myself sinking further under her spell. Her mouth is a temptation mortal men will never know and her love will either bring me the peace I thought I’d never find – or the death I’ve managed, thus far, to avoid.
Hugh the Righteous
My Review
Mina has had a hard life because her brother and sister have never liked her. They treat her bad and blame her for things that were not her fault. They blame her for the monsters that have been killing the people of their village even though she isn't at fault.
Hugh is the leader of the Shields, who are men from different times, and places brought together by the Fae to fight the monsters.
Mina is out by herself trying to lure the monster into a trap when Hugh comes upon her. She thought that there were a few of her men there with her but they had fled on her brother's order, leaving her for dead if the monster had been able to get to her.
Hugh and his men follow her back to her castle where they meet her brother and sister and Hugh doesn't like either of them. But Mina is taken with him right away. Hugh and his men stay there and try to rid the monster and find out where it came from. Mina shows them where the monster came from which only brings about more questions than answers. There's also a Fae man that is helping them find out what's going on and put the pieces together.
I was really liking this book and how Hugh and Mina were together and then Hugh's personality seemed to change a bit and I wasn't so sure that I liked him anymore. I didn't like the way he treated Mina even though he proclaimed that he loved her, it was weird. I know this is the first book in this series and some of the questions about the monsters, where they came from, and questions about some of the other characters that were brought up will probably be answered as the series goes on but I found this to have too many holes and not enough answers.
I give this book 2 out of 5 stars.
Amazon
Posted by Mary Kirkland at 12:00 AM 23 comments