Lucky and the Lava Ledge 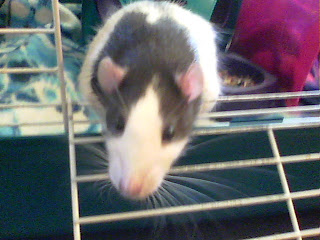 Lucky is my hyper, three legged rat. I take him out of his cage a minimum of three times a day and let him run around on the couch with us. 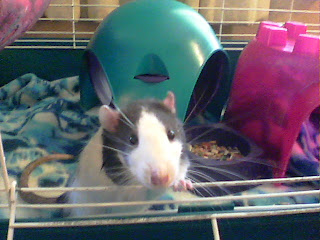 He's always played, running from us and running back and wrestling with our hands. He's so funny. But he has really long, sharp nail on his back paws, so I thought if I put a Lava Ledge in his cage he would do what the other rats do in the other cage...hop on it and sit. When they move around on it, it works like a natural nail file and files down their nails. 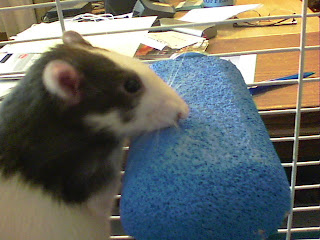 But no, he wants to destroy it! 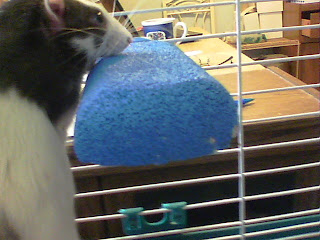 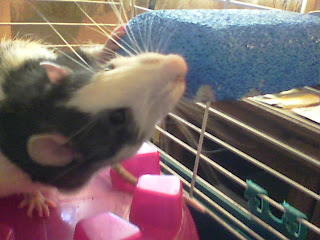 Anything but sit on it. Well I guess he'll use it for a teeth file instead..lol