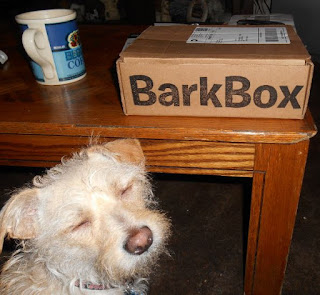 Since I now have a dog, I thought it would be fun to get a box of goodies just for him. He's so playful and so energetic that he chews through toys faster than I can keep up. So after reading about this Bark Box subscription box, and seeing that it comes with toys and treats, I decided to try a box out for him.  I get boxes of stuff all the time for myself and he's always hanging around hoping that I'll give him something out of the box to play with. As you can see, he was thrilled that he actually got something out of this box. 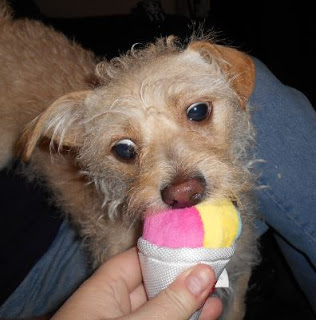 The toys seem are cute and he took to them right away. Falcor tore that snow cone toy all to bits within 6 hours. lol 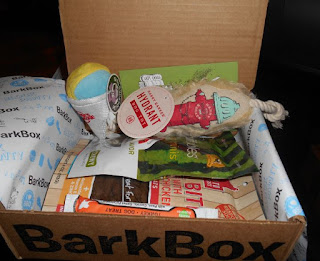 So far he's really liking the new treats and I feel safe giving them to him because according to their website all the treats are made in the USA/Canada. This box came with two toys- a snow cone toy and a fire hydrant rope toy, one treat bar and two bags of treats. 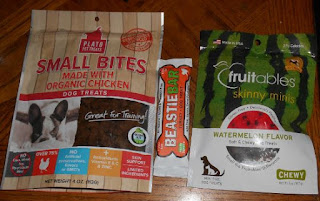 Bark Box customizes their boxes for the size of your dog. My dog is small, under 15lbs so I picked the small dog box. 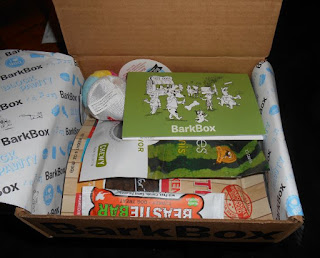 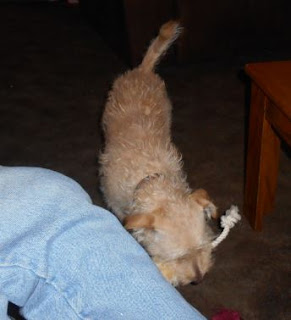 Falcor started playing with his new toys right away. Both toys were torn to bits within 2 days. At least he likes the treats.

Disclaimer: I was given a code to get this box at a discount in exchange for an honest review.