Come Visit Me At I Smell Sheep

Hey everyone, today I am a guest blogger over at I Smell Sheep. I'm talking about a few of my favorite books and authors including Sara Humphreys, Sherrilyn Kenyon and Christine Feehan.

Come on over and let me know what you think of my picks.
Posted by Mary Kirkland at 7:27 AM 1 comments

The Baby Blanket is Finished! 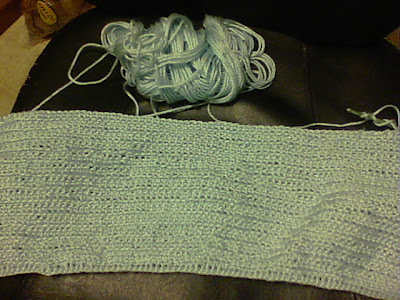 A couple of weeks ago I told you I was working on crocheting a baby blanket for my grandson that we now know is going to be named, Logan. When I had some of it done, I posted this picture and told you that I would post the finished product when I was done. 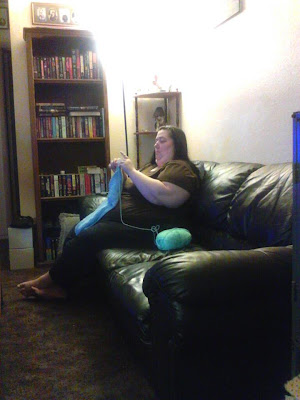 My daughter took a picture of me last week while I was working on the blanket. I did have a couple of mishaps and had to undo part of what I had already crocheted and redo it, but since this is the first blanket I've ever crocheted, I don't think that's too bad. 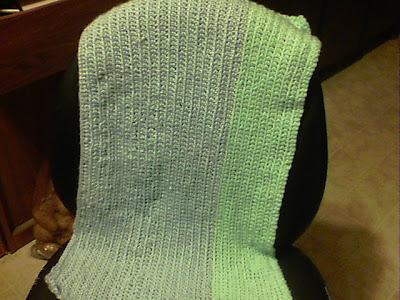 I decided to make it two different colors and sent away for a mint green yarn that I started using on either side of the blue panel I did first. I think the two colors go well together. 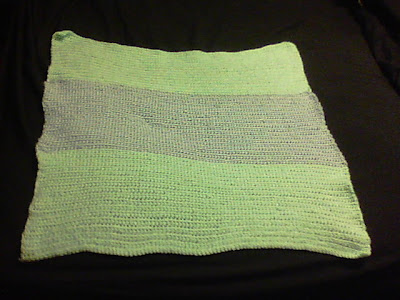 And finally, here we have the finished product. The top mint green panel looks shorter than the others but believe me it's just the angle at which I took the picture. Not bad for a first timer who had no idea what the heck she was doing.
Posted by Mary Kirkland at 2:00 AM 7 comments