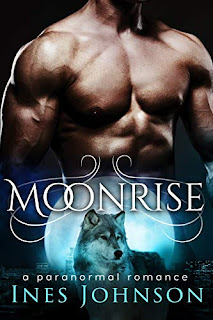 Book Description
This Alpha's gonna take a bite out of his brother's fake fiancée.
Sheltered Lucia is determined to find a new life and love. No wonder she falls for the first guy to flash her a wolfish smile her first day in the big city. After rescuing the charming shifter from certain death, she's sure he feels the same way about her, and will tell her so — just as soon as he wakes up from his coma. To stay by her instalove’s side in the hospital, Lucia pretends she's his bonded mate. This twist of the truth takes a turn when she meets her fake fiancé’s sexy older brother and wonders if she was a bit too hasty in declaring love-at-first-sight the first time.
For months, Jackson has sensed that his fated mate was near. When he enters his brother's hospital room, he instantly pounces on the beautiful, curvaceous woman there. He’s ready to mark her as his own until he discovers his brother may have gotten there first. The more Jackson gets to know Lucia, the more his doubts about the engagement grow. She has nothing in common with his wayward, lone wolf brother. But she sure does check every one of Jackson's boxes.
Lucia longs to explore her feelings for Jackson, but how can she turn her back on the comatose wolf she lied about being engaged to? Jackson's fighting a losing battle with his wolf to claim the woman who should be his. When he finds proof that Lucia isn't who she claims to be, can he still trust her with his heart? And what will happen when his brother, her fake-mate, wakes up?
Moonrise is the first in a paranormal romance series full of alpha men and the strong, capable women that bend them to their knees. If you like a touch of magic in your romance novels, then you’ll love the witches, fairies, and wolves in the dystopian world of the moonkind.
My Review
Lucia lived high on a mountain with witches most of her life. Her mother died and her father left when she was just a kid. Once she turns old enough to leave by herself, she sets off on her own to find her father and find out why he never returned. While on the train she makes friends with a wolf shifter but there's a fight and he gets hurt. She wants to go to the hospital with him to make sure he's ok because she feels like he might be her mate so she let's the paramedics and hospital staff think they are mates so she can stay with him.
Jackson has had a feeling that his mate is close so he's been making sure his home is ready for her arrival when she gets there. When he arrives at the hospital to see about his injured brother, he meets Lucia and is sure that she is his mate until he's informed that she's his brother's mate.
Lucia never meant to lie to Jackson's family about being his brother's mate but once his parents start making a huge fuss over her, she's not sure how to pull herself out of the predicament she's put herself in. She's been so secluded and sheltered growing up that she doesn't know how to react in the environment she's in so it was easy to see how this might happen to her.
Jackson is a police officer and he has Lucia help him find the men who hurt his brother but the more time they spend together, the closer they get and the more she feels like she made a rash decision is claiming Jackson's brother might be for her. Because she and Jackson have very strong feelings for each other and once the truth comes out, Jackson is free to pursue her like he wants to.
There's also a side story of Jackson helping Lucia find her father and once he figures out what really happened to him and checks him out, he tells Lucia. That whole story about her father was sad and really was sad to read. But I'm excited to read the next book and see what happens next with this series.
I give this book 4 out of 5 stars.
Amazon
Posted by Mary Kirkland at 12:00 AM 19 comments