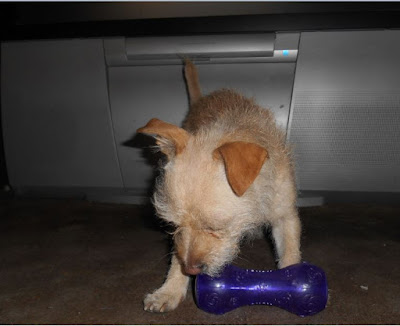 A couple of weeks ago I ordered a new toy for Falcor along with his shipment of dog food. He was so happy when I gave it to him that he ran around squeaking it for about 5 minutes before he settled down with it. 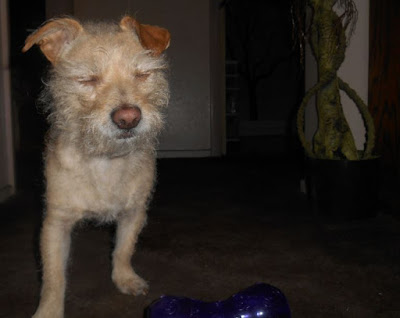 Of course when I try to take a picture of him he has to make a weird face and close his eyes. 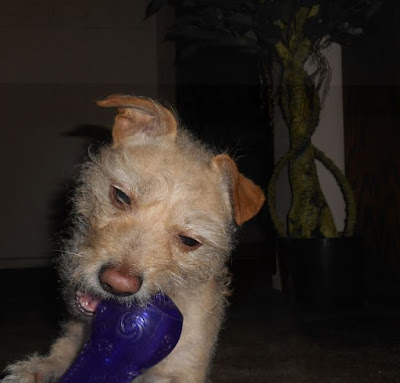 But then he settled down and played with the new toy so I could get a few pictures of him. He's been throwing it around and making it squeak a couple of times a day.