This is a new weekly blog post that I'm calling Apartment Hell  Life. I've mentioned a few times some of the crazy things that go on in and around my apartment complex in the past 22 years that we've lived here and people keep telling me I should write a book. But instead of a book, I've decided to share the crazy things that have happened in and around my apartment complex in the last 22 years here in a weekly blog post.
On Thursday night my daughter and I heard the police helicopter over our apartment complex and as we were headed outside to see what was going on, we heard sirens pulling up on our street. As we got outside, we saw 6 police cars pulling up on our street. The video shows the police walking around across the street looking for someone. 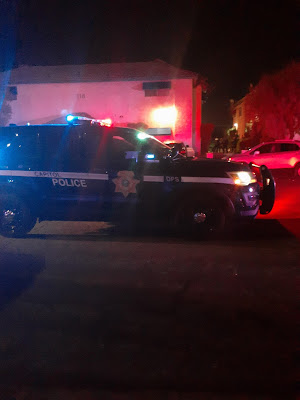 There were a lot of police cars on my street that night. Some of the police got out and were running around across the street but I didn't see them arrest anyone. I police helicopter left but the police stayed for about an hour before they left. 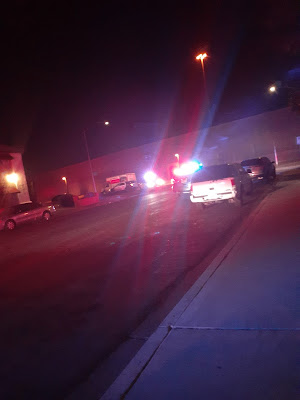 The police cars were even at the end of my street and when I walked down that way with the dog they seemed to be looking around the apartment complex across the street for someone. I don't know if they ever found the person they were looking for.
So that's it for this week's Apartment Hell  Life! Be sure to come back next week for more.
Posted by Mary Kirkland at 12:00 AM 56 comments