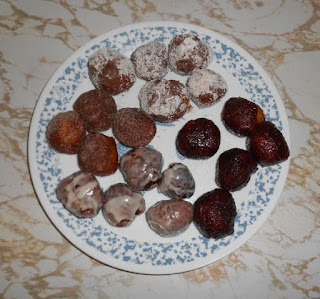 Have you ever wanted something sweet late late at night and you have nothing but it's too late to find a donut shop open and all the stories are closed? Yeah? Me too. I saw this homemade donut hole recipe a few months back on Fb and so when I bought a can of biscuits, I thought I'd try it. 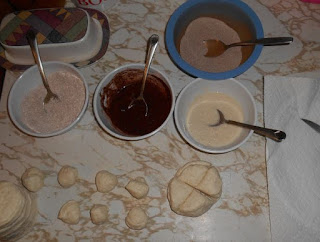 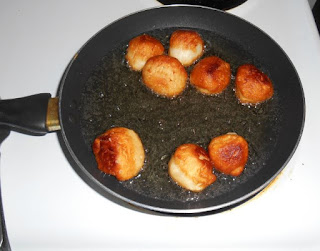 Cut each biscuit into 4 pieces and roll into balls. Fry in about 1 inch of oil. Turn so that all sides get golden brown. They fry fast so it only takes 2-3 minutes. Let cool and then dip into sauces. 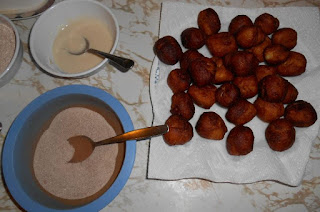 Keep all donuts in refrigerator until eaten.

They came out really good. 2 of Ken's friends came over right after they were done and Ken gave them a couple. They were a big hit. They sure didn't last long. lol