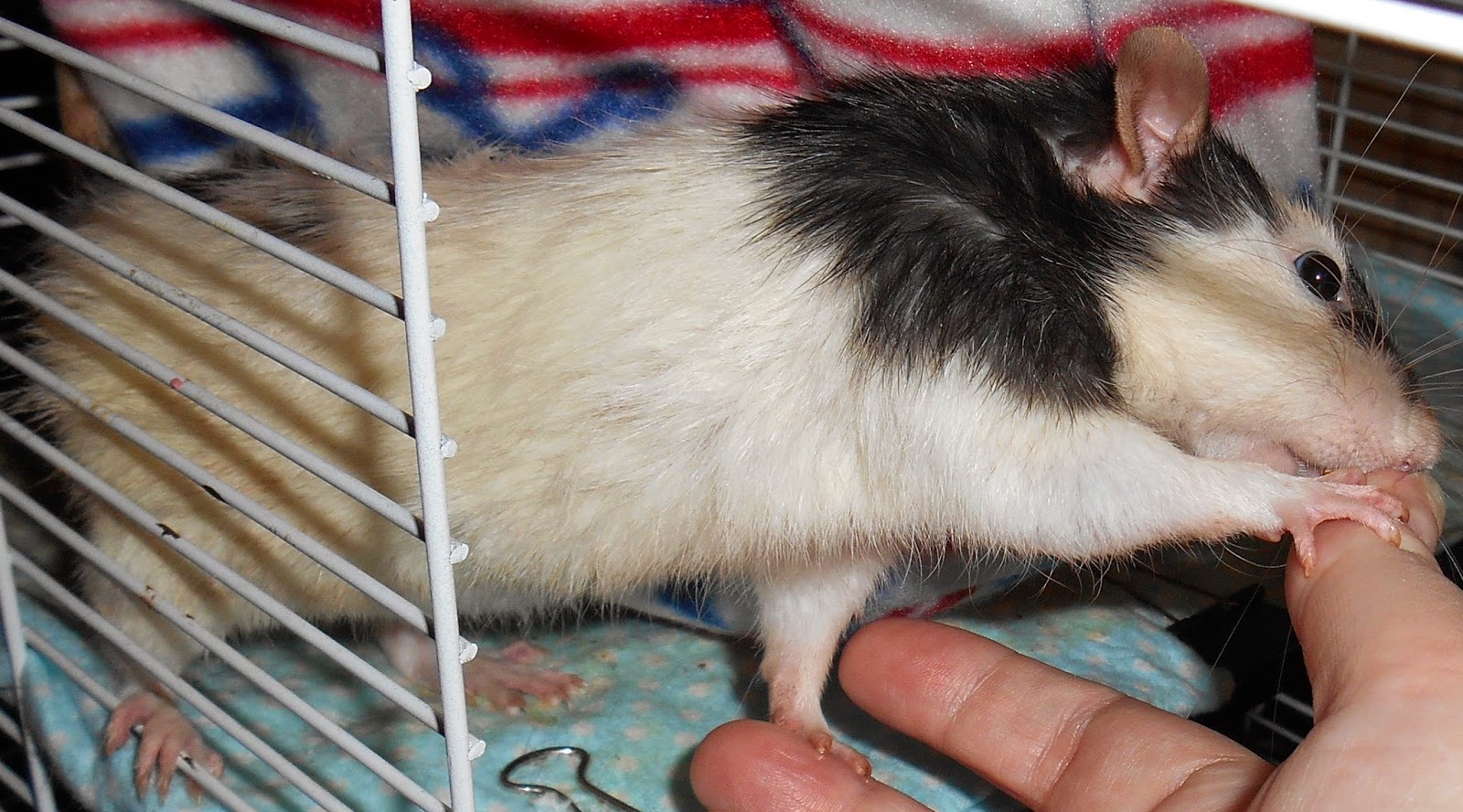 Rats will also groom their humans and when they do, they are letting you know that they consider you to be part of their pack. Scribbles has just recently started grooming my hands when I pet him. He'll lick my fingers and then use his teeth and very quickly use them to scrape against my skin, like he would to other rats. He'll groom *bite off* my finger nails and even scrape off and eat any little scabs or pieces of dry skin he finds. Yes, I know that's kinda gross but that's what they will do. Scribbles and Lucky are the only two rats that I have that groom Ken and I right now. Marbles is old and grumpy and he never really was very social. He's more likely to bite me if I pet him when he doesn't want it, then he is to lick or groom me. lol And Flower is still getting used to us and really doesn't sit still long enough to do much grooming of anyone but herself. 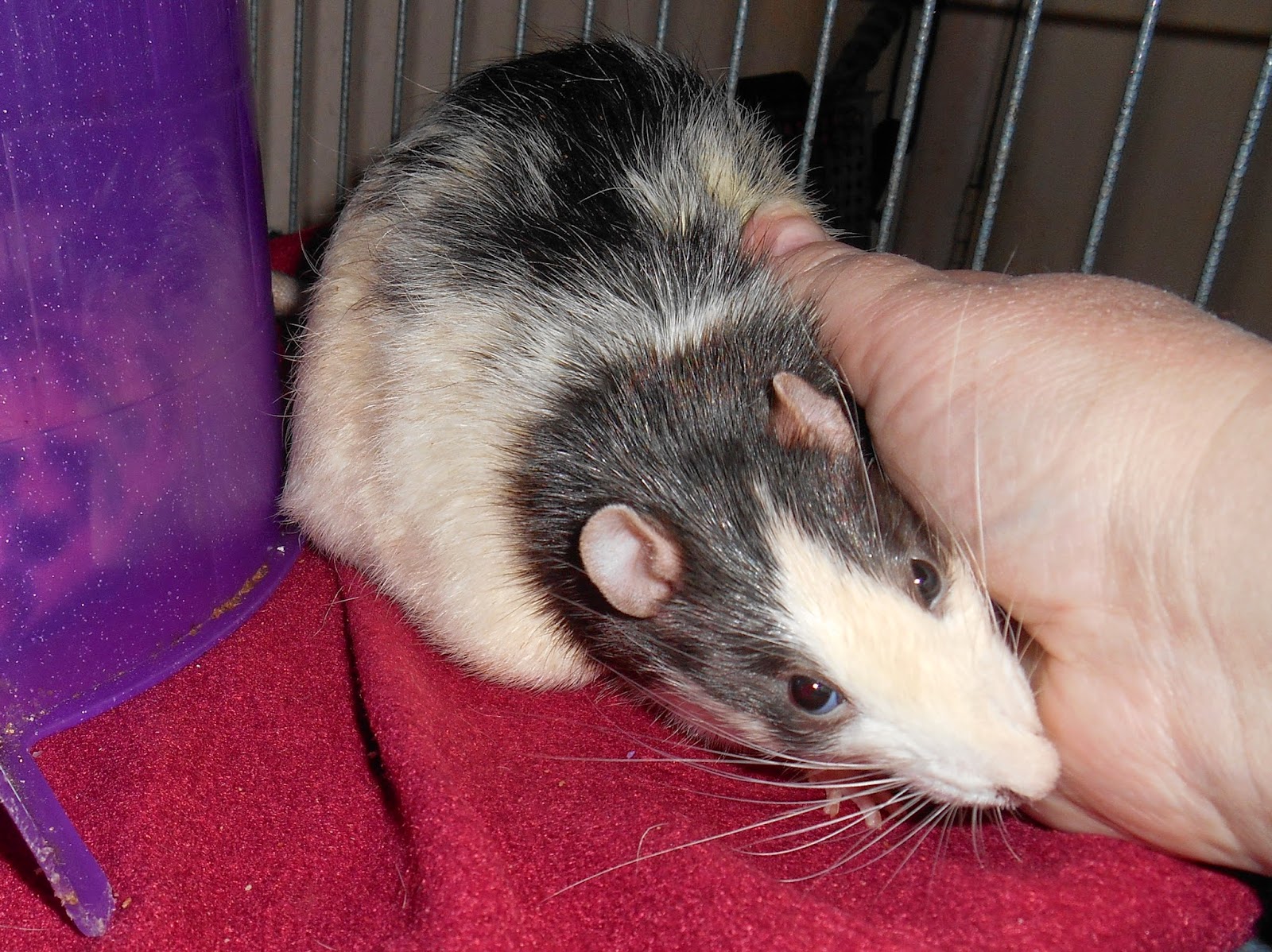 Lucky on the other hand has always been very friendly and started licking and grooming our hands within 2 weeks of us getting him. As soon as our hands are within reach, he start licking. He's such a friendly little rat. Ken installed a 40 gallon hot water heater for my dad last week and his arms got beat up pretty good. So Lucky has been trying like crazy to bite off Ken's bandages and get his teeth on his scabs and wants to lick all his little boo boo's. Ken isn't really wanting him to do that though because as he said, "Ouch, that hurt." lol
Posted by Mary Kirkland at 12:00 AM 6 comments