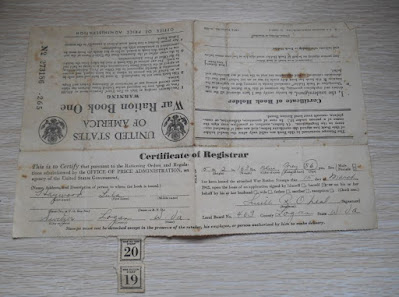 When my mom passed away back in 2011, I packed up a bunch of her things and put the boxes in the closet. This month I looked in the last box and found some paperwork as well as this interesting find. It's a War Ration Book with 2 stamps still attached from 1942. It was my great grandmothers ration book. 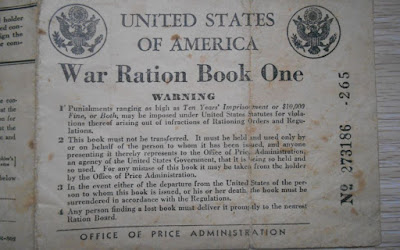 There were some strict penalties and fines for anyone caught breaking the rules. 10 years in prison and $10,000 fine. 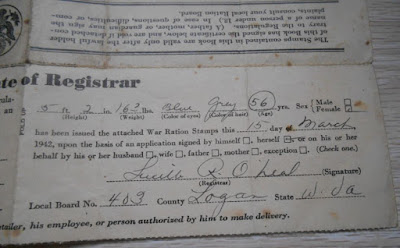 When I saw the date this was issued, I just thought it was such a great find. 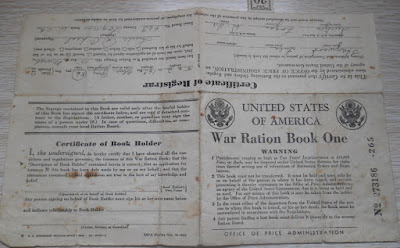 I can't even imagine being alive back then and having to be on rations and use a book like this. 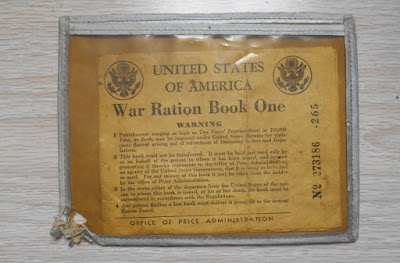 I even still have the cover that it came in to protect it.
If you don't know what a War Ration book and stamps are, here's a brief explanation.
During the war, some foods became scarce and hard to find for a variety of reasons. The US government’s Office of Price Administration established a system of rationing that would more fairly distribute foods that were in short supply.  Every American was issued a series of ration books during the war. The ration books contained removable stamps good for certain rationed items, like sugar, meat, cooking oil, and canned goods. A person could not buy a rationed item without also giving the grocer the right ration stamp.  Once a person’s ration stamps were used up for a month, they couldn’t buy any more of that type of food.  This meant planning meals carefully, being creative with menus, and not wasting food.
Posted by Mary Kirkland at 12:00 AM 38 comments