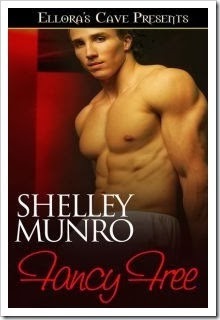 Warning: Condoms were tested and a few harmed during the writing of this story.It's not every day a girl inherits a condom company, and to say accountant Alice Beasley is astonished and out of her depth is putting it mildly. For an almost virgin, she needs a quick education in all things condom because her inheritance is in danger. Someone is intent on sabotage and trying to destroy her new company.Alice is suddenly getting down and dirty with charismatic James, the factory manager, all in the name of business, testing new condom designs. The sex is hot. Mind-blowing. It's a dark thrill and an erotic journey. Yeah, it's a hard job, but a girl's got to do what a girl's gotta do.Alice wants James. She craves his talented touch and sultry kisses, she desires passion and physical pleasure on a permanent basis but first she must convince bad-boy James to give up his fancy-free ways.

Alice goes to the reading of her godmother's will and finds out that she has inherited a condom company. Her boyfriend isn't too happy about that and wants her to let it go and go back to where they came from to a normal job, get married and live happily ever after. Thankfully she drop kicks this bozo to the curb and gives the company a go.

James will be working closely with Alice to get her accustomed to how they do things so when he leaves in six months she can fully take over with no problems. There's just one problem...James is instantly drawn to the shy, innocent woman who is hiding behind her baggy clothes.

I knew right from the start that this was going to be funny and it was. I mean a condom factory? Really? When Alice goes to her first board meeting and the older people in the room start talking about the condoms, Alice almost chokes on her own tongue. She's not very sexually experienced and the openness of the board members is not something she is used to or expects.

Not only do we have great character interaction, funny dialogue and a passionate romance but we also get a mystery because someone is trying to sabotage the company! They aren't sure who is leaking company secrets but the condoms have to be tested...on humans! And the only people they can trust at this point are the people who work at the company, so guess who gets to go home and test the condoms?

I also really liked how Shelley Munro was able to sneak in Ellora's Cave, into the storyline of the book and how she did it. When I read that, I actually laughed out loud at how sneaky she is.