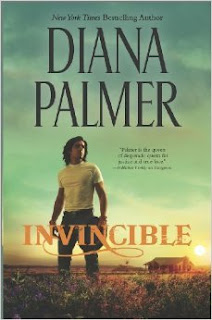 Mercenary by name and by nature, Carson is a Lakota Sioux who stays to himself and never keeps women around long enough for anything emotional to develop. But working with his friend Cash Grier on a complex murder investigation provides Carson with another kind of fun—shocking Cash's sweet but traditional secretary, Carlie Blair, with tales of his latest conquests.

Then Carlie lands in deep trouble. She saw something she shouldn't have, and now the face of a criminal is stored permanently in her photographic memory…and Carlie is the key piece of evidence that could implicate a popular politician in the murder case.

Her only protection is Carson—the man she once despised. But when she learns that Carson is more than just a tough guy, Carlie realizes she's endangered herself further. Because now her only chance to live means losing her heart to the most dangerous kind of man….

Carlie lost her mother to cancer and her grandmother was the town slut. When her grandmother came to her house to try and find something they could sell for drugs when she was little, the grandmother's boyfriend hurt her and she's a bit gun shy in the romance department because of that and her upbringing by her minister father. Carlie works for the sheriff as his secretary and everyone likes her.

Carson is known as the love them and leave them sort around town because he never keeps a woman around for very long. He's gruff, intimidating and finds himself attracted to Carlie, the one woman he can't have.

Carlie's father is a minister but he has a past and he hasn't always been a minister. Most people know not to mess with the man and not to try and mess with his daughter. But someone is calling Carlie and threatening her father. Carlie finds herself in danger and that's when she finds out that her father isn't the sweet minister that she thinks he is. He's not a bad man but he's not gonna let something bad happen to his daughter and he brings in a few friends to help him keep her safe.

Carson has some huge baggage and emotional trauma from his past and it's keeping him from being happy. He wants Carlie but doesn't want to hurt her or leave her with a broken heart.

There was enough action, bad guys and romance in this book to keep me entertained. I've always liked Diana Palmer's romance books and this was no exception. I really liked seeing the mystery of who was after Carlie come to light because it wasn't completely obvious at first.