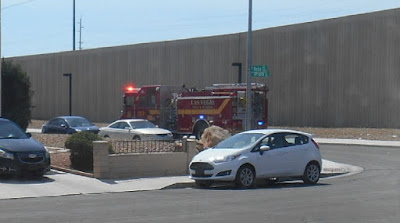 This week we heard the fire truck drive by our window early in the morning and I got my camera and took a picture of it parked around the corner. We heard a lot of yelling coming from over there a little while later but no idea why the fire truck was there. 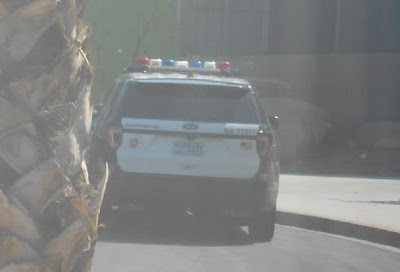 On Wednesday a woman went to my neighbors door and started kicking the screen door in and smashed in the window all because the woman's brother was put in jail last week by the wife who lives here and the wife wouldn't help the sister get in touch with her brother or help her find out where her brother was. The sister then went out to the alley and busted out the windshield of the wife's car and later that night the sister came back and busted out the side window of the wife's friends car because she told the police when they showed up that she was a witness to her smashing the window and screen. I heard what the fight was about because they stood outside screaming at each other about it. 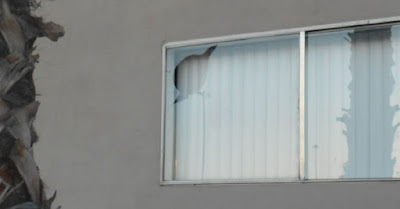 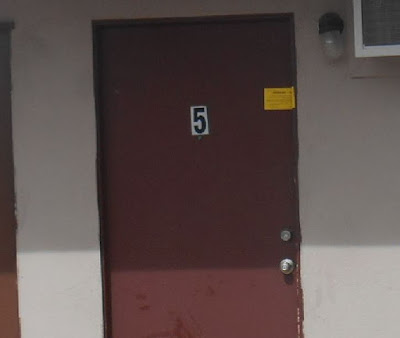 This week another one of my neighbors was evicted. Evictions take a little while, they are given a 30 day notice, then a 5 day notice and then a 24 hour notice. When they are given a 24 hour notice, the Constable comes when the 24 hours are up and has the maintenance guy change the locks and they make the residents leave. Then the Constable puts a yellow sticker on the door that says no entry. That way if the residents are caught breaking back into the apartment, they can be arrested. The manager usually gives people who have been evicted 7 days to make arrangements to come back and get the rest of their belongings if they left anything in the apartment. After 7 days everything left in the apartment gets thrown in the trash or sometimes the manager will let other residents go in the apartment to see if there's anything they want.

Oh and the manager got fired. The new manager came by on Friday while she was handing out a paper to everyone to fill out and bring to the office. Just regular info that should be on all our leases like name, apartment number, vehicle registration and license numbers, how many people n the apartment and emergency contact numbers. All of that info should already be on file so I'm confused as to why they want it again.

So that's it for this week's Apartment Hell  Life! Be sure to come back next week for more.
Posted by Mary Kirkland at 12:00 AM 33 comments