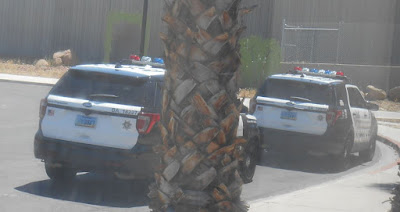 The police showed up a couple of times this week but I only got a couple of pictures because I didn't have my camera with me when I went outside with the dog and saw them on the street. They were in my courtyard but I don't know why. 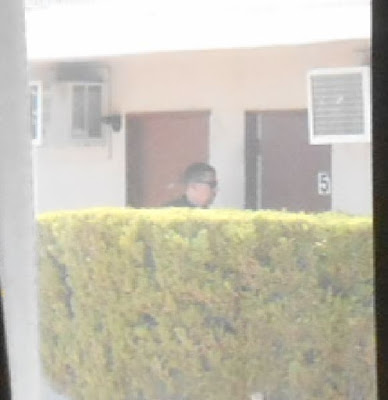 Then on Thursday we spotted a police officer at the apartment that always plays their music stupid loud. 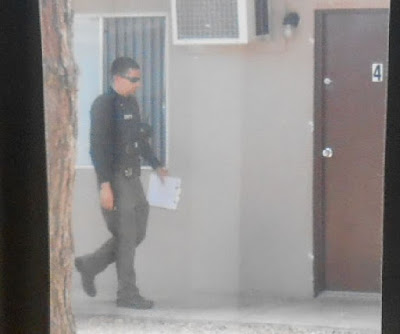 He had paperwork with his that he was showing the guy that lives there and then I got a picture of him as he as walking away. I actually think this guy was a constable because his uniform was different than the police that I usually see so I don't know why he was over there talking to the guy. It sure didn't stop him from playing his music crazy loud a little while later.

I want to thank everyone who donated to our fundraiser for a car and/or taxi money last Sunday for Ken's doctor appointments. The links and info are still there if anyone else wants to help out. We are really surprised and overwhelmed with everyone's generosity.

This week Ken had a bunch of tests and next week he is having a PET scan to see if the cancer has spread anywhere else. And then he's having a chest port put in for chemo.

But here's an interesting picture for you. 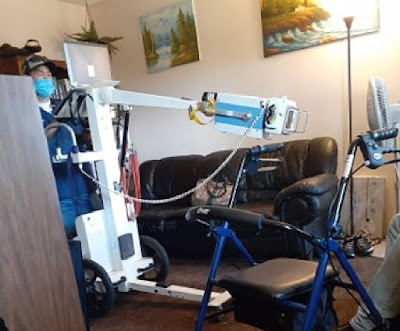 Ken's doctor ordered a chest X-Ray to rule out pneumonia and the technician came right here to the apartment to do it. 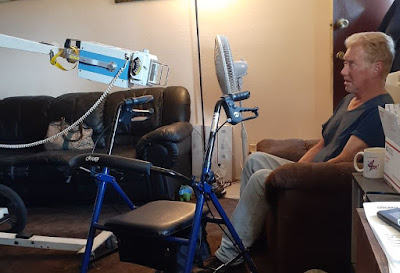 How cool is that? Good news, he doesn't have pneumonia but he does have COPD.