My brother and sister in law recently moved to Locklock, Nevada. Small town, pretty much out in the middle of nowhere. After they moved there my brother who is a retired firefighter, found out that there's a volunteer fire department really close to where he lives. As soon as he told me about it I knew it wouldn't be too long before he would be volunteering there and I was right. So I asked my brother to send me a few pictures of the volunteer fire department he's at now. He sent me all these pictures and I thought it would be fun to share with you all. 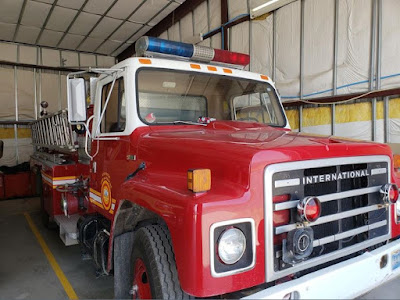 Various pictures of the fire truck, and other vehicles. 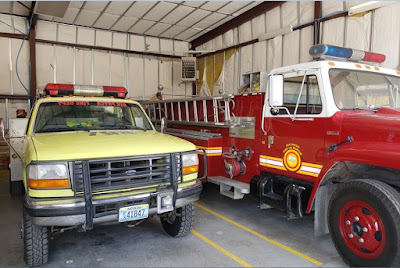 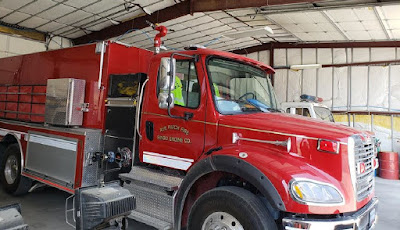 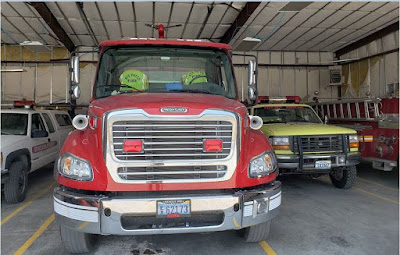 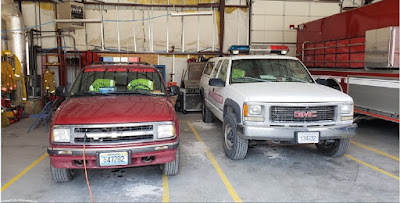 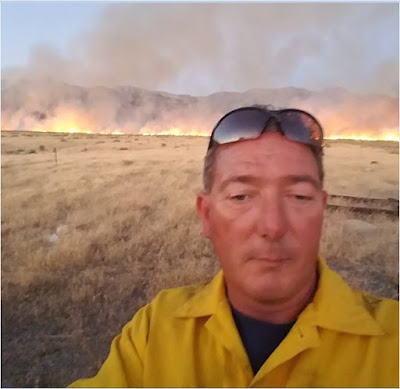 My brother out at a fire. 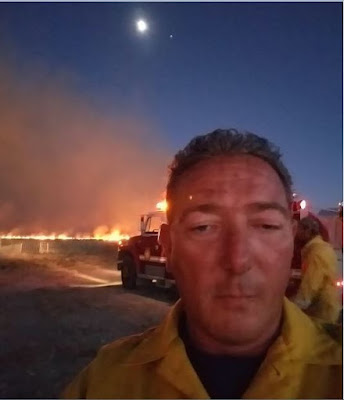 My brother at another fire. 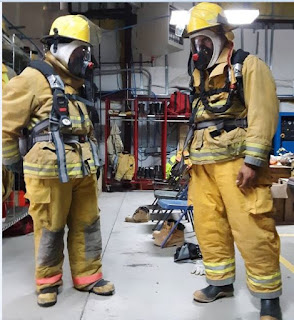 My brother sent me this picture of him and another guy in their gear. 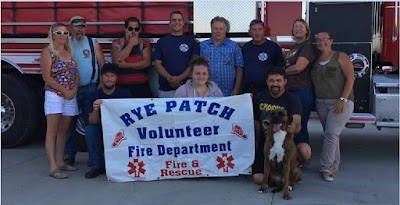 My brother got permission from the picture taker for me to use this picture here and sent me this picture of some of them together. I thought it was a really good picture. From back left to front left. Tressa Bryson, David Bryson, Ryan Piatt, Robbie Turtle, Del Kovach, Bill Kirkland, Laura Lynn, Staci LeAnn, James Drake, Raina Helms, and Tom Helms.

My brother has been telling me all about the calls they have been going on. It's been some fires, medical calls and some car accidents. But since they decided to move out in the middle of nowhere, I'm glad he found something to keep him busy.

Have any of you ever volunteered at a fire department before?
Posted by Mary Kirkland at 12:00 AM 28 comments