When we first moved into this apartment 20 years ago, we noticed an ant problem right away but only in the bathroom. I used Raid, the bait traps, the ant gel and even DE (diatomaceous earth). Nothing worked. About 10 years ago I wrote this...,

"Every summer I find a few ants in my bathroom. They drive me insane. In the past two years Ken and I have used at least two tubes of caulk, caulking up the seams, cracks, crevices and holes in the bathroom. He took off the baseboards, sealed them up and put the baseboards back on. Last year I even nagged him into sealing up the bathroom vent in the ceiling because I kept finding headless ant torso's in the sink. I figured they were having some sort of ant wars in the vent and the losers got thrown down into the humans sink to show us what would happen to us if we messed with them. Hey, it could happen. 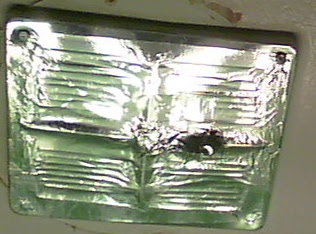 These aren't the harmless little brown ants that can't bite. No, these suckers are about 1/2 an inch long with red heads, black bodies and mandible type pincers on the front of their faces that they use to bite into your flesh and latch on if they happen to get on you. I know this first hand because I had one crawl *super damn fast* up my leg and down my shirt before I could stop it and latch on to my chest. My daughter was here *how embarrassing* and saw me freak the hell out, throw off my shirt while screaming like a mad woman and dash into the bathroom. All I could hear in the living room was my daughter's laughter as I tried to pry the devils minion off my boob. He wouldn't let go so I had to rip his body from his head which was still attached to my flesh. It's not funny, these demon spawn have pincers like a crabs claw and it hurts! The bathroom is sealed, I even took the light plates off the wall and sprinkled some DE into them. DE kills bugs. Die ants die!

So why am I telling you this? Because I saw an ant in the bathroom not 20 minutes ago. Ants, why must you taunt me so." 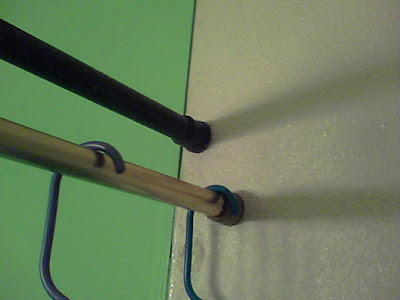 We caulked up all around the tub enclosure even though it looked like it as sealed but they are small so even small cracks were big enough for them to get in through. But after we went caulk crazy in the bathroom, we stopped seeing them in there for the most part. Every summer we still see the occasional ant but it's nothing like it used to be and for that I am very glad. Ants freaks me but these big biting ants that I now know are Carpenter ants, really freak me out. Go ahead and Google Carpenter ant and tell me it doesn't look like something that just sprouted from the loins of a demon. Go ahead, I'll wait.

I can pick up a spider, beetle or moth and take them back outside with no problem. But let an ant get inside my apartment and let me see it and all bets are off. I go from mild, happy Mary to crazy, half insane warrior woman hell bent on eradicating the ants from the face of the Earth. But at least I don't see them too often these days.

How do you feel about ants?