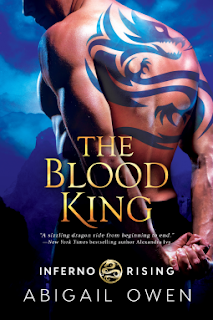 Book Description
Ruthless dragon king Ladon Ormarr must keep his throne—and his people—safe from the cruel High King at all costs. With war on the horizon, he’ll need a miracle to protect his clan. Luckily, the fates have dropped the irresistible Skylar Amon right into his lap.
Or so he thought. Because the last thing this phoenix wants is him.
A phoenix mate is the ticket to securing his throne, but this fiery Amon sister detests Ladon, doesn’t stick to protocols, and regularly offends his warriors and advisers.
Skylar also has no intention of sticking around, nor does she believe in the whole destined-mates thing. But if it means taking out the High King who murdered her parents, she'll put up with the too-sexy-for-her-sanity Ladon...temporarily.
Their mating bond may make them want to tear off their clothes, but outside the bedroom...well, Ladon is positive the fates hate him. Just as he starts to win over the mercurial phoenix, everything goes to hell when the High King makes his final move. And Ladon will burn down the world to keep the mate he is unwilling to live without.
My Review
Skylar thinks she is going to rescue her sister from the dragons and her supposed mate but she finds out very quickly that her sister doesn't need rescuing.
Ladon only wants to mate Skylar so that he has more power to take out the High King. But they have a lot of chemistry that neither of them were expecting.
Ladon is the leader of the Blue Dragons and he needs a strong show of power in order to get some of the other clans to side with him against the High King who is looking for Skylar and her sisters because they are phoenix's. So when Skylar agree's to accept Ladon as her mate so they can take down the High King, she isn't even sure the mating will work but it does obviously and when the other clans see what she is and that Ladon now has a phoenix as a mate, they side with him to take down the High King.
Only problem is the High King seems to have spies everywhere and he knows that Ladon and his friends now have 2 phoenix's as mates, it really makes him crazy. So much so that in order to get more power from his mate who is a powerful witch, they come up with a plan to take power from others and transfer to the High King. Now if they could get one of the Phoenix's to drain, he would get more power.  But things don't go as planned and the High King has to resort to drastic measures when things go really wrong with his plans.
I love Skylar, she's sarcastic, quick witted and she really kept Ladon on his toes. I like that even when things get really dangerous for her, she just keeps looking for a solution. This had all the action, romance and great storyline that it really kept me reading on the edge of my seat. I can't wait for the next book in this series.
I give this book 5 out of 5 stars.
Disclosure: I received an ARC via NetGalley but all thoughts and opinions are my own.
Posted by Mary Kirkland at 12:00 AM 18 comments