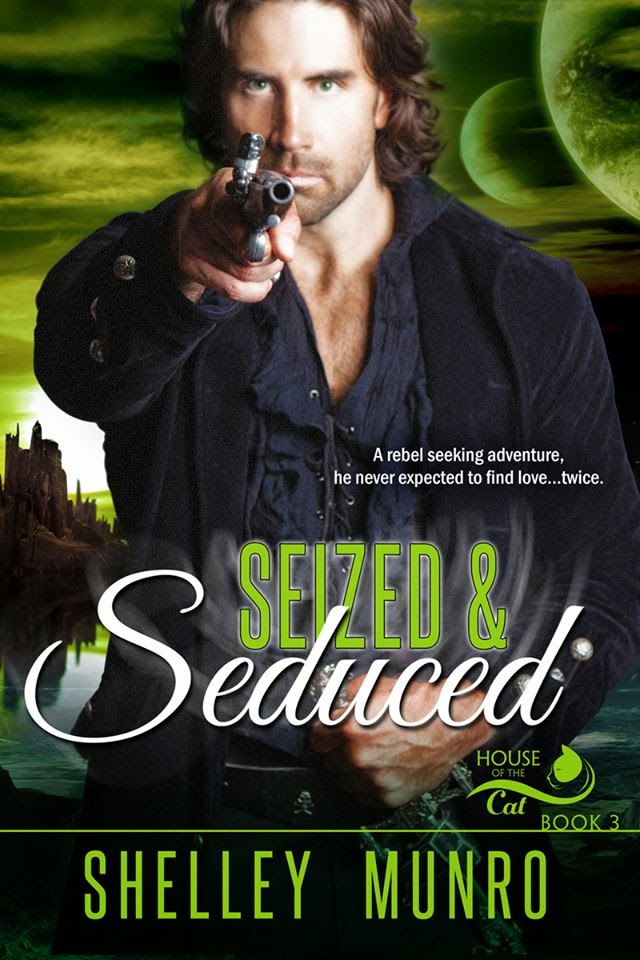 Book Description
During a routine stop en route to Viros, Jannike Hondros is kidnapped and incarcerated, her destination a planet she’d hoped to never, ever visit again—Manx Two, the planet where she was accused of murder.

Prince Lynx Leandros of Viros, second-in-line to the House of the Cat, and his bodyguard, Shiloh Tetsu, are caught in the same trap as Jannike. Destined for sale as a breeding pair and a spare, escape seems impossible, and now Jannike informs the feline shifters they’re showing mating signs. Impossible. Neither Lynx nor Shiloh believe her, yet they can’t deny their relationship has turned strangely touchy-feely.

A lucky break sees them fleeing for their lives, but danger lurks over every sand hill in their race for safety. The two men are becoming even closer. Jealousy and yearning stalk Jannike. She can’t fall for either feline and certainly not for both, then nothing matters when she comes face-to-face with her past and death stalks her with its beady eye.

Contains two headstrong alpha shifter males and their female match, enough kitty cats to make a leap and some hot lovin’ in the great outdoors, the indoors and places in between.

My Review
This is the 3rd book in the House of Cat series and Shelley Munro has done it again with this one! I love a love triangle when it's done right and this one sure was. Lynx and Shiloh find themselves on the same ship as Jannike on their way to a planet where they are to be sold as slaves. After they escape and hope that friendlies find them and help them get off the planet, Lynx and Shiloh find that they want to be closer than their friendship has ever taken them. Jannike feels something for the feline shifter pair but keeps her distance as best she can...until she can't.

I love a good shifter story and for the most part it doesn't matter to me what kind of shifter I'm reading, although I really like big cats. Maybe that's because my mother had an obsession with black panthers when I was growing up. So I love meeting new types of shifters. Kelvin is a Tremin and is a really interesting secondary character. He's also a shifter but he's a tree shifter. He shifted into a tree and gave them shade as well as water after they escaped. He was such an interesting character and not something I'd ever come across before, which makes him unique and I love unique characters like him. His story is a sad one but I hope we haven't seen the last of him.

There was so much to love in this book, from the mention of the rat-pygmies, the imaginary mouse which was hilarious and the shocking twists that I found both sad and wonderful depending on which characters it was happening to.

I really liked how Lynx and Shiloh work together to woo and bring around Jannike. They know they have to go slow because of all she's been through and even though it's driving Shiloh nuts because his cat wants more from Jannike than they have gotten, he gives her time to come to them in her own time.

While you can read this story as a stand alone book, there are characters from the first two books in this story and you would have a better understanding of them and how they relate to the others if you read those books first.

I should point out that there is a rape in this story for those who usually don't read stories that have that in it but it's done in such a way that we know it's about to happen and then we don't come back to it until it's over and she is being rescued. It's not graphic or done in such a way that should offend anyone. What it does show is how strong this character is and how with love, support and maybe even a little revenge you can get through even the darkest of times.

This story is fast paced and I always felt like something else was going to happen because it did! The author did a great job of keeping this reader completely absorbed in the story.

If you like shifters, alpha men, threesomes, plot twists and paranormal romance then you will like this book.

Disclaimer: I received this book free of charge from the author in exchange for my honest opinion.

Posted by Mary Kirkland at 1:00 AM 5 comments 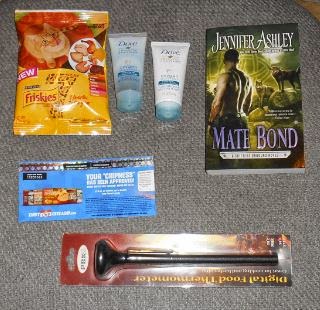 You can find links to samples like these at Hey It's Free and Freebie Shark.
Did you know you can sign up at Tomoson and get free products too. 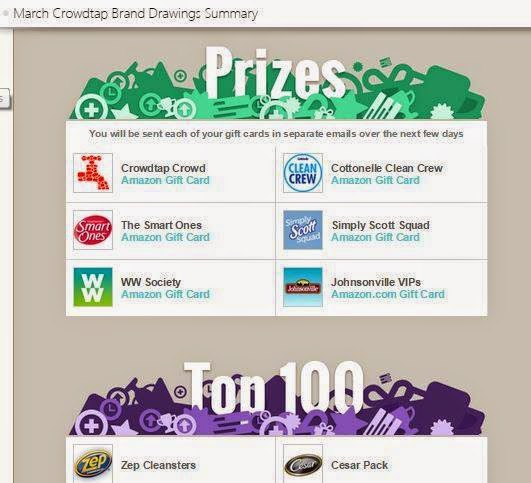 I also won $30 in Amazon gift cards from Crowdtap.


Did you receive anything free this week?
Posted by Mary Kirkland at 12:00 AM 10 comments