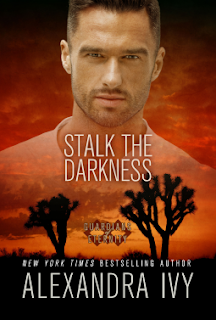 Book Description
Becoming a vampire nearly killed Satin. After decades in hiding to reach fighting strength, she swore never to be weak again. Instead, she flings herself into the joys of life. Like “combat practice” with Marco, the owner of the wildest club outside of Chicago. Getting a workout with the sizzling Were is the ultimate no-strings-attached pleasure. Until a chaos-strewing demon leaves Satin with an impossible, infuriating diagnosis: Vampires don’t get pregnant.
Marco prides himself on being the perfect Were—strong, savage, and barely housetrained. But with Satin gone on her mysterious quest, he’s compelled to follow. This raven-haired warrior might be his mate for all eternity. But a dark presence hovers around her. If Marco and Satin can’t solve its riddle in time, there won’t be any future to worry about . . .
My Review
Vampires can't get pregnant but Satin does indeed find herself pregnant with Marco's baby. And Marco is a powerful Were but he had nothing to do with it. Satin and Marco have an understanding that they are just out for some fun when they get together and it doesn't mean anything but Marco knows that Satin is his mate, as crazy as that is. So when Satin goes on a mission to find a gargoyle and bring her back for questioning, Marco follows her to make sure she and his pup will be safe. But along the way they find out from a powerful elemental that Satin is somehow infected with a demon called an ifrit. If the ifrit is allowed to become corporeal the way it wants to, it will not only put their baby in harms way but it could also destroy the world.
Levet and Troy are also in this book and they are on their own mission looking for Levet's aunt Bertha. Bertha just so happens to be who Satin is looking for. Both Levet and Troy find themselves in danger a time or two but if you've read any of the books in this series you know that Levet always finds a way out of whatever trouble he gets himself into.
Because of all the different characters in this book, there was a lot going on. But even with so much going on, I found the story to be a little on the boring side. The story just didn't move as fast as some of the books in this series which stalled the progress for me more than once. While it had a good ending, it took a while to get there and I hate feeling bored while reading.
I give this book 3 out of 5 stars.
Disclosure: I was given an e-ARC of this book via NetGalley but all thoughts and opinions are my own.
Amazon
Posted by Mary Kirkland at 12:00 AM 20 comments