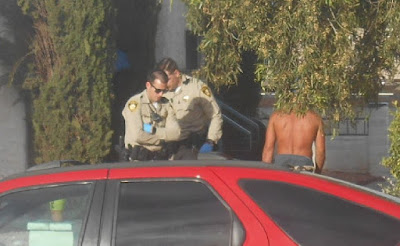 We saw the police were across the street talking to someone. Ken saw them outside and told me so I could get pictures. 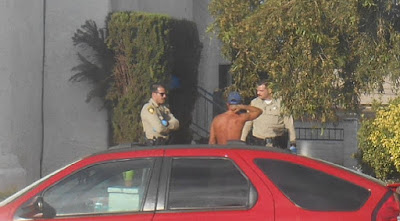 They didn't talk to this guy for very long before they left. I have no idea why they were there. 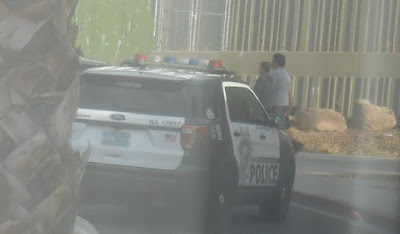 The police car was parked a little ways down the street.
So that's it for this week's Apartment Hell  Life! Be sure to come back next week for more.
----
Life Update:
Ken is still being sent for more tests before they start treatment. They are going to do a lung biopsy and a pancreas biopsy to see what kind of cancer it is so they can target the treatments to that specific type of cancer. We are hoping they find nothing on his pancreas.

Our daughter has been going to the doctors appointments with Ken since I have a really hard time going out because of my Agoraphobia. In this picture they are waiting in the doctors office for the doctor to come in.
Posted by Mary Kirkland at 12:00 AM 53 comments