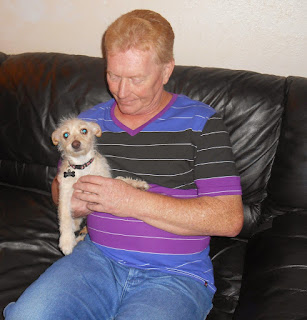 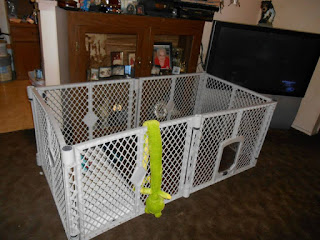 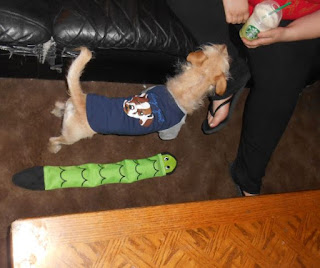 He's a happy dog now and doesn't act the way he did when we first got him. He isn't scared of us anymore and loves going for walks, rides and getting spoiled. My daughter took him to Petsmart and bought him a shirt and a toy and then took him to Starbucks for some whip cream. lol 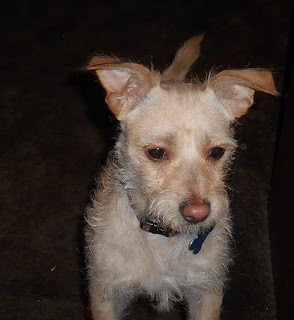 Falcor is now 3 1/2 years old and still acts like a puppy full of energy always wanting to play. 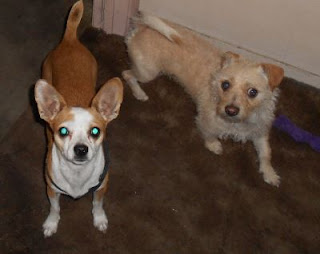 He likes it when some of the neighborhood dogs come over for a visit. He gets along with other little dogs. 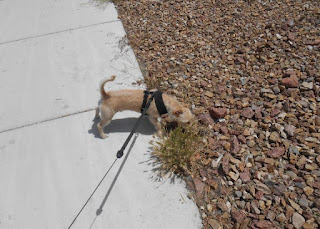 He loves going for a walk now. He's much happier now than he was when we first got him. I'm glad we had the chance to get him.

All of the rats in today's Happy Raturday post are pictures of rats I've had in the past. Enjoy! 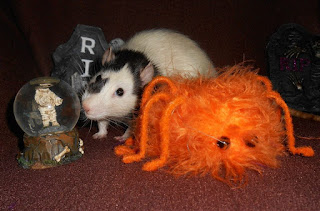 "This spider is almost as big as I am"

"I vant to suck your blood! Or a jelly filled donut, I'm really not picky."

"I think that pumpkin makes my butt look big." 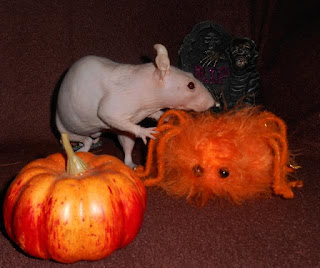 "You're hair would make a nice orange coat." 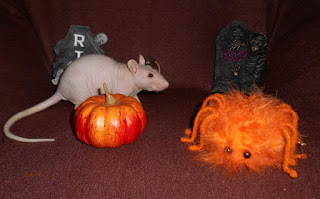 "If I stand really still, maybe the spider won't bite me." 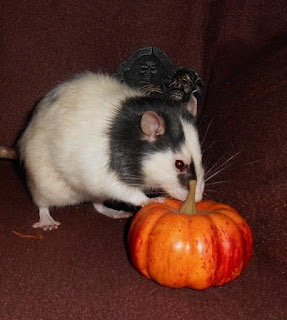 "What a rip off, it's not even a real pumpkin!"

Happy Halloween!
Posted by Mary Kirkland at 12:00 AM 24 comments