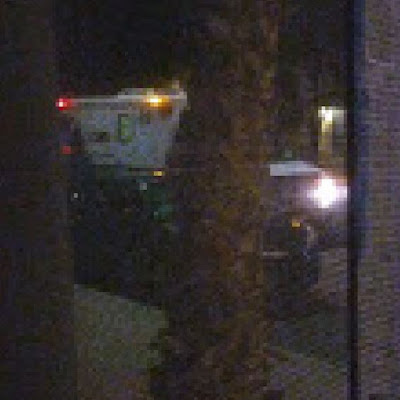 On Wednesday night at 1am. I was woke up to flashing lights outside my bedroom window and looked out and saw an ambulance out there. It's not a great picture but I think you can make out the back of the ambulance. No idea what happened. 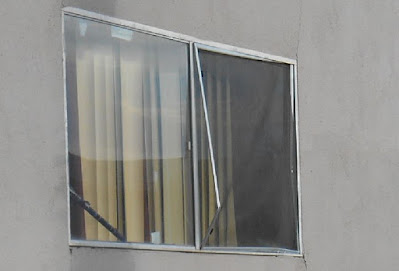 I saw my neighbors bedroom window screen bent and asked her what happened. She said someone tried to break into her window but her dog started barking and he ran away. She said it's a good thing because she sleeps with a gun under her pillow and if someone breaks in she's gonna shoot them. She said the screen had looked worst before her daughter straightened it out a bit. She has window locks on her window so unless they smash the window, no one is getting in. I have window locks on all my windows as well.
It was a fairly quiet week.
So that's it for this week's Apartment Hell  Life! Be sure to come back next week for more.
The high this week was 115F/46C
Posted by Mary Kirkland at 12:00 AM 58 comments