It's been a crazy/sad couple of months

I've been a bit stressed out lately because so much has been happening with my family. So I thought I would share a bit of what has been going on in my life.

12/10/2016
My brother found out from a friend that his ex wife who had taken his kids and kept them from him for the last 8 years had been in the hospital in a coma for almost 2 months and his kids now 15 and 16 were staying with his ex wife's friends.

12/12/2016
My brother told me that his ex wife had passed away. His kids were still staying with her friends. His kids didn't want to talk with him but he did reach out to his son via fb and he did call him.

12/15/2016
My brother has talked to the woman that his kids have been staying with and she won't give him her address or tell him where his daughter is. His ex wife told his kids and all her friends that he wanted to kill her and the kids and that's why she took off and never let him know where they lived, which is lies. She took the kids and wouldn't let him be a part of their lives. Parental alienation is a real thing.

1/11/2017
My brother asked me a week ago if I would write a character reference for him that he could submit as evidence in the next court hearing. Which meant I would have to go have my letter notarized. Not a big deal except for the fact that I rarely leave my apartment except to walk the dog in front of my apartment complex. The notary nearest me is inside a grocery store and I haven't been in a grocery store or any store for that matter in at least 10 years. Yes, 10 years that's not a typo. My dad took me and thankfully there was just 1 person in line in front of me. But I was shaking so badly I could barely sign my name. But I got it done. Yay me.

1/16/2017
My brother found his wife on the bed, she was sweating, dizzy and not all together. My brother who is an ex firefighter/paramedic took her pulse which was really low around 35 BPM (Beats per minute) Normal is around 80. He called an ambulance and they took her to the hospital where the cardiologist said she needed a pacemaker.

1/18/2017
My sister in law had a pacemaker put in but as soon as she woke up she said her chest was hurting and her EKG showed an irregular heartbeat.

1/19/2017
My sister in law had a mild heart attack and they took her back to the cath lab to put the wires in a different place that will hopefully not irritate her heart and stop the chest pain. It worked and she was finally feeling better with a normal heartbeat.

1/20/2017
My sister in law finally got to go home and other than some soreness from the pacemaker being put in, she said she was feeling better.

1/24/2017
My 3 year old grandson came over last week and we didn't realize he had a cold and he gave it to me. I'm sick but he's been coughing a lot so my daughter decided to take him to the ER to get a prescription cough medicine. But when the doctor was examining him, he coughed up some blood. So right away this idiot doctor tells my daughter they need to run more tests and give him a chest x-ray to rule out lung cancer. My daughter called me pretty upset but I told her that he probably had a sore throat and that's where the blood probably came from. 6 hours later and they said he has Bronchitis and sure enough his throat is really red and that's where the blood probably came from. 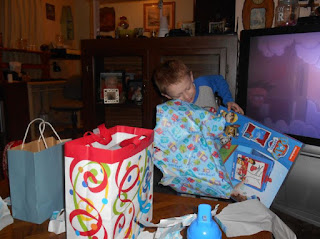 2/4/2017
I still have a cold. Still wheezing, still coughing and having a stuffy nose makes it damn near impossible to sleep. This needs to go away.

So that's what's been going on in my and my family's lives for the past couple of months. What have you been up to?