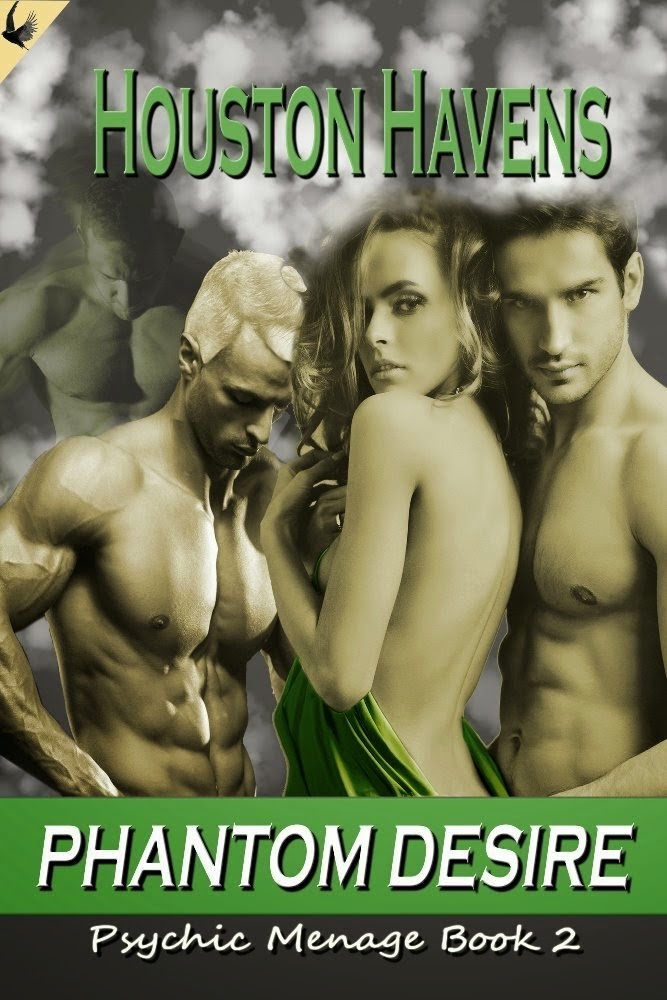 I reviewed this book for I Smell Sheep. Head on over there to read my review. :)

Mind traveler Chandra Lamar is on the run, not only from her post-catastrophic dystopian government but from a past she can’t remember. A psychic vision pushes her to recall her purpose for being, but it’s a ghost that awakens her desires for a life she fears she’ll never have. Both push her to remember the past because it threatens what she wants in the now; the Nodin men.

Andonis Nodin battles to accept his failures. The heavy burden nearly breaks him when he can’t save the one he loves from the grim reaper’s grip; he questions his desire for Chandra, the woman he blames for the death around him.
Nikias finds true love with Chandra in his arms, but is desperate to stop her from seeking revenge on a mission he knows is a one way trip.

Ortello knows for them to recapture the love they once felt for each other, he must be willing to let her go. But overcoming his obsession to make Chandra his and his alone isn’t easy.

Will Chandra go through with the vengeance in her heart or give it up for love? Who is the powerful woman in her haunting visions and will those revealing apparitions crumble her world with the Nodin clan? Does Chandra find true love in the arms of the Nodin men or does her Phantom Desire forever own her heart?

If this sounds good to you then head over to I Smell Sheep to read my review of this book.

The Truth About Bounty Hunters

Who really needs them?
When most people hear the term "Bounty Hunter" they think of the old time vigilantes scouring the land for bail jumpers and getting large rewards for bringing them in "Dead or Alive". Ok, well maybe not most people especially now that we have "Dog the Bounty Hunter" All over the television. I would say most Bounty Hunters follow the law and track down law breakers who have skipped bail and they get paid to bring them back.

However lets for a minute talk about those individuals that do this type of work because they like to work outside of the law and think being a Bounty Hunter gives them rights to break down any door they want and ride straight shot over peoples rights as they look for their bounty jumper.

In an 1872 ruling, the U.S. Supreme Court backed bounty hunters' power and authority. The ruling claimed, in part, that bounty hunting was "likened to the re-arrest by the sheriff of an escaping prisoner" and that the agents "may break and enter his house" to retrieve the prisoner. That has since been re-discussed as I like to say and regulations have been put on most Bounty Hunters.

I'm not saying we don't need Bounty Hunters, All I'm saying is that ALL Bounty Hunters should have to take courses, be regulated and abide by the same laws as the Police. I don't want someone who has minimal training, isn't licensed or regulated and may be carrying a gun to break into my home by accident at 2:00am yelling at me, and then later realize they have the wrong home and then I find out that I have no recourse to get reimbursed for my broken front door, screen door.

What reason will I give to my crying upset child after the "Bounty Hunters" are gone to look for their fugitive?

I think there are too many people in this field that have no business in it. With little training, almost no experience and little or no qualifications some Bounty Hunters just shouldn't be allowed to go and get bail jumpers.

All Bounty Hunters should be licensed, regulated and trained because even if people think they all are, there's always going to be a few that aren't.
Posted by Mary Kirkland at 12:00 AM 4 comments