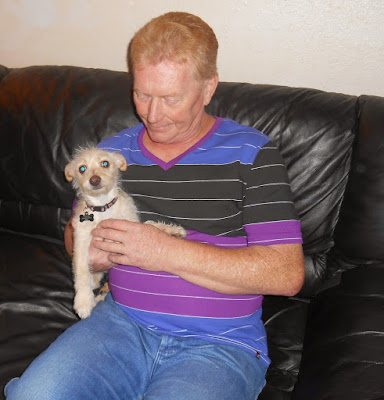 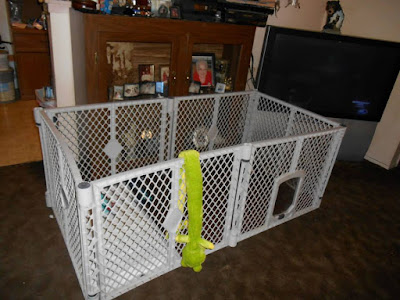 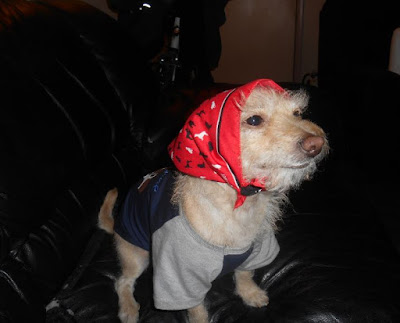 He's a happy dog now and doesn't act the way he did when we first got him. He isn't scared of us anymore and loves going for walks, rides and getting spoiled. He even let me put this bandanna on him...for a minute. 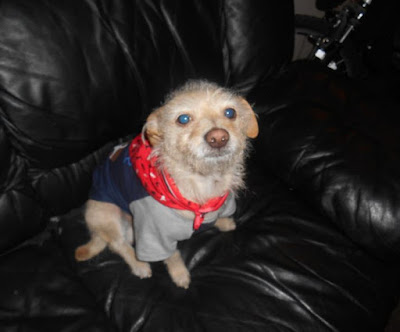 The looks he gives me are funny. He will just sit and let me takes pictures when he hears the camera come on. As long as he's getting some attention, he's happy. 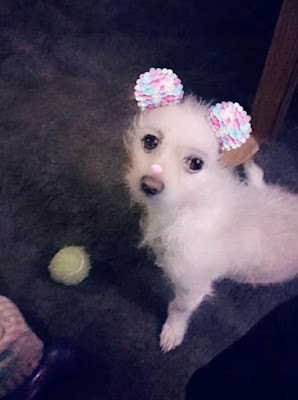 My daughter took this picture of him. Cracks me up. He likes having his picture taken. 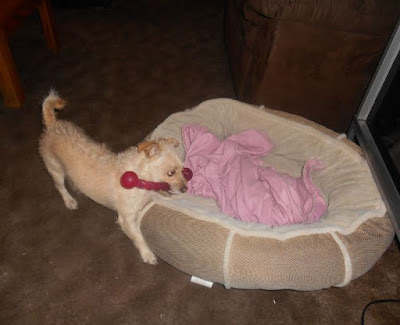 Now he has a bed, blanket, toys and loves to go for walks. 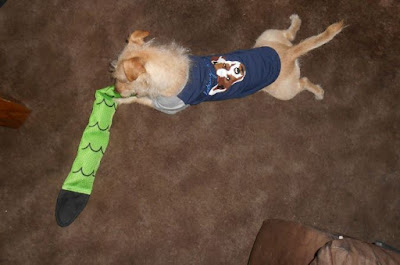 He doesn't even mind wearing his t-shirt. 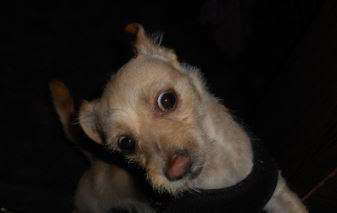 Again with the weird looks. 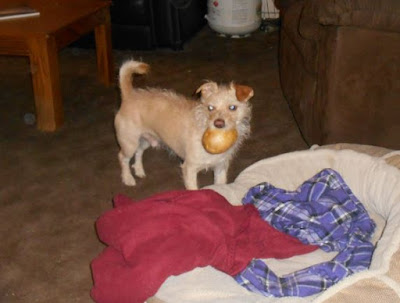 Oh and he had a potato fetish. We have to keep them up away from him or he'll toss them all over the living room.
Posted by Mary Kirkland at 12:00 AM 60 comments