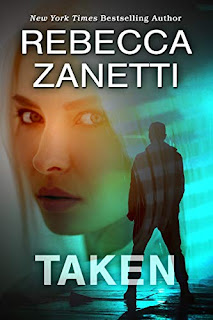 Book Description
Hunter Holt might be the most stubborn ex-soldier ever born, but when he's called on to help find a lost foster kid, he jumps into action. Even if it means working with the woman who broke his heart five years ago--the woman who still haunts his dreams . . .
Faye Smith has spent five long years trying to get her life back on track. She knows she should've turned toward Hunter and not away from him, but they both had too many demons to destroy. Maybe now they'll get another chance--and save someone else's life too . . .
But first they'll have to stop arguing long enough to trust the Deep Ops team. Hunter was a lost boy himself once. In fact, he ran away from the exact same man, their monster of a father. Now he and Faye will have to unite to find the brother he never knew--and maybe each other . . .
My Review
Faye, Hunter and Raider were all in Miss A's (Miss Angelina's) foster home as kids. They became friends and are still friends now years later. Hunter and Faye were an item for a while but broke up years ago. But when Miss A sends Faye to tell Hunter that one of her newest foster kids has gone missing and is probably his half brother, Hunter has no choice but to help Faye find the kid. And we see right away that Faye and Hunter still have feelings for each other. When Hunter calls Raider and asks for his help, he's all in as well. Raider is working for a secretive Deep Ops team though and neither Hunter not Faye know anything about what he does. Raider shows up with a colleague named Wolfe from the Deep Ops team they both work for.
Jackson, the foster kid who ran away with a crazy woman, Louise is in big trouble and danger since the crazy woman he's running with has killed people as she's robbing convenience store and now they're both on the run. The danger really kicks it up a notch when police and bounty hunters join in the hunt for Jackson and the Louise. The Deep Ops team dog, Roscoe is so strange and has a penchant for alcohol. He was funny though, I would love to see more of the dog.
Hunter and Jackson's father really sounds like a piece of work and should have been given a little payback for the way he treated his kids. Poor Jackson is all messed up because of his father. Jackson didn't realize exactly what Louise was doing and Hunter calls his a couple of times to talk to him but Jackson doesn't trust Hunter because they didn't know the other even existed until now. But Hunter is trying to help Jackson if only he'll let him.
I've only read a couple of the books in this series and am totally reading them out of order but they are standalone books so I've been able to do that no problem. I really enjoyed this book and recommend the series.
I give this book 5 out of 5 stars.
Amazon
Posted by Mary Kirkland at 12:00 AM 28 comments