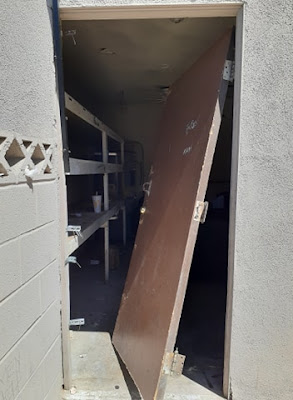 If you follow my daughter's blog, you might have already seen this but for those of you who don't, here ya go. This is the door to the old maintenance shop. Maintenance stopped using it because the homeless drug addicts kept breaking into it and sleeping in there. They keep breaking the door open and maintenance keeps nailing the door shut. This week my daughter took these pictures when she saw the door was off the hinges. 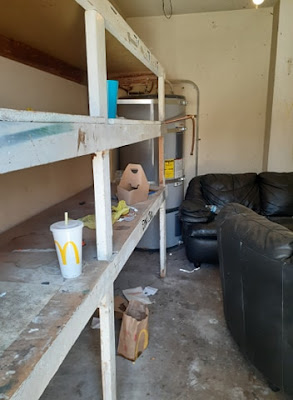 They brought in some chairs or couches and left their McDonald's trash all over the place. 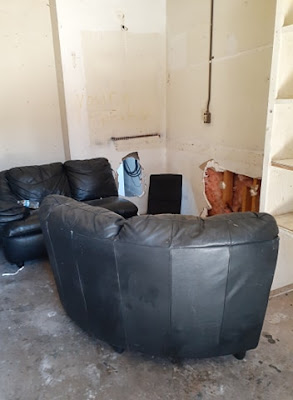 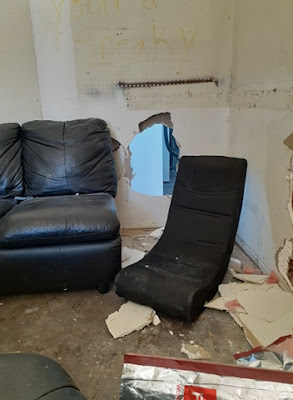 Right directly behind that wall straight ahead is the laundry room. Well, I guess they really wanted to wash some clothes because they busted through the wall with a hole large enough to crawl through into the laundry room. 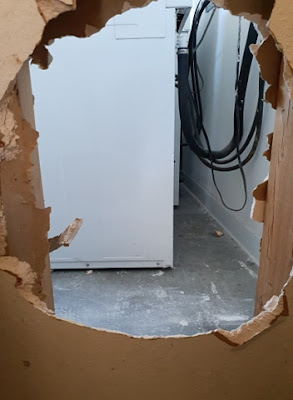 Through the hole you can see one of the washers. I told you a while back that there's been no apartment manager on site for months now and the laundry room has been locked the whole time. Well, now there's a back entrance to it. 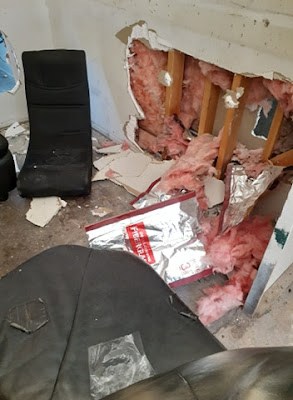 Ken has an appointment with the Oncologist this week so I'm hoping for some good news.