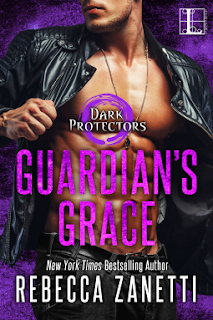 Book Description
Duty—or desire?
Vampire soldier Adare O’Cearbhaill’s default setting is cranky.  Or irritated.  Or down-right hostile.  Still, as a Highlander of honor and duty, he stepped up to save an enhanced and special human female by mating her—with merely a bite and a brand. The last person he wants in his life is a fragile human, yet he can’t get her out of his mind as she regains her strength before taking off for parts unknown. And when he discovers she is in danger, nothing can stop him from hunting her down—whether she likes it or not.
There’s only one way to find out . . .
Photographer Grace Cooper has had it with vampires, demons, and the rest of an immortal world she was happier not knowing about. She also doesn’t believe she’s destined for some great battle because of an old birthmark. Forget the fact that her mate is the sexiest thing on two stubborn feet, or that her brand is fading along with her health. She’ll handle things on her own—until an old enemy reappears and she learns the only way to stay alive is to actually mate, wild sex and all, with that ripped and dangerous Adare—a powerful, captivating Highlander who demands nothing less than everything . . .
My Review
Grace was in a coma after an attack but since she is a key, Adare mated her by placing his mark on her and biting her. There are three keys and they want to keep them safe even though they don't know exactly how they fit into saving the world and taking down the evil big bad. Adare feels like he pushed the mating on her so he leaves for years but keeps an eye on Grace. But when her health begins to deteriorate and her brand starts to disappear, she comes face to face with Adare once again.
Adare is hard to describe. He's a super soldier that along with his brothers took an oath to keep Earth safe and keep their real powers a secret. He's a lot more than a vampire or a soldier but he goes on secret missions that are dangerous. He might be cranky but he's also reliable and loyal.
Grace doesn't remember her life before the coma and puts herself in danger trying to remember her past. She also puts herself in danger when she seeks out vampire blood to try and save a child. While Adare and Grace fight their feelings for each other for a while, I knew it was only a matter of time before they gave into their desire. These two are great together and ignite the pages of this book.
Along with the action, the missions and betrayal, there's also a medical mystery and a new path for Pax. I love the kids in this series so it was really nice to see them, especially Hope and Pax.
This story starts out with Grace and Adare not really liking each other all that much because they never took the time to get to know one another. It was so much fun watching them get to know each other, see how the other has been living and what they've been doing while apart and really seeing each other through new eyes.
I love the world that this author has created even though at times it can be confusing when you first read about it. The characters have been great and I love getting glimpses into their lives while reading the series. I'm really looking forward to reading more of this series.
I give this book 5 out of 5 stars.
Disclosure: I was given an ARC of this book via NetGalley but all thoughts and opinions are my own.
Posted by Mary Kirkland at 12:00 AM 13 comments