A to Z Blogging Challenge: M is For Mental Health in Las Vegas 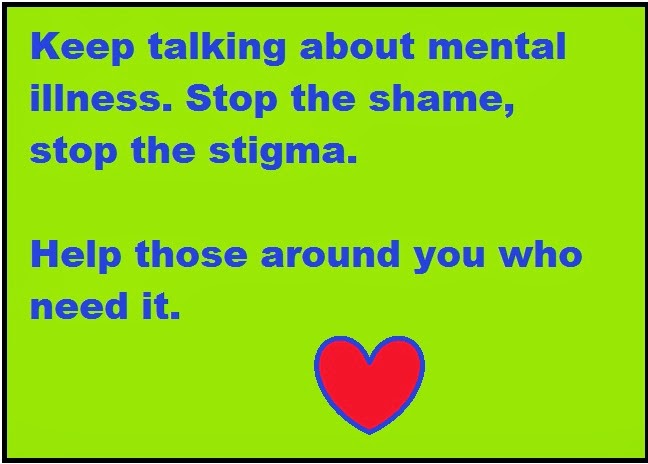 The whole Mental Health agenda seems to have been dumped and not given any real thought here in Las Vegas. The amount of people who need help because of mental illness here in Las Vegas is staggering and the facilities just aren't here, the doctors are not here and it seems the help is not here.

We have 1 state hospital for the mentally ill and then a smaller psychiatric hospital that only has a small number of beds, not nearly enough to house all the people who need help. When someone here in Vegas gets arrested for trying to kill themselves or is acting strange and says they are suicidal they are first taken to the ER because in most cases you need a doctors note in order to get a bed at the psychiatric hospital. After going to the ER and being evaluated you are usually admitted into a room in the ER while the staff waits for a bed to open up in one of the psychiatric hospitals. Now if you have insurance you might be able to go to a facility other than the state run hospital if they have a bed open which most times they do not, so mentally ill patients wait in rooms in the medical hospitals for days, sometimes a week or more and if they are on suicide watch they could be drugged and strapped to the bed so they cannot leave.

Now if that isn't bad enough, the state psychiatric hospital is being accused of 'patient dumping'. What they say happened is the facility bought greyhound bus tickets and bussed patients out of state with no medication and no family to meet them when they got to their destination and were told to call 911 once they arrived.