Review: If Only by Cherise Sinclair 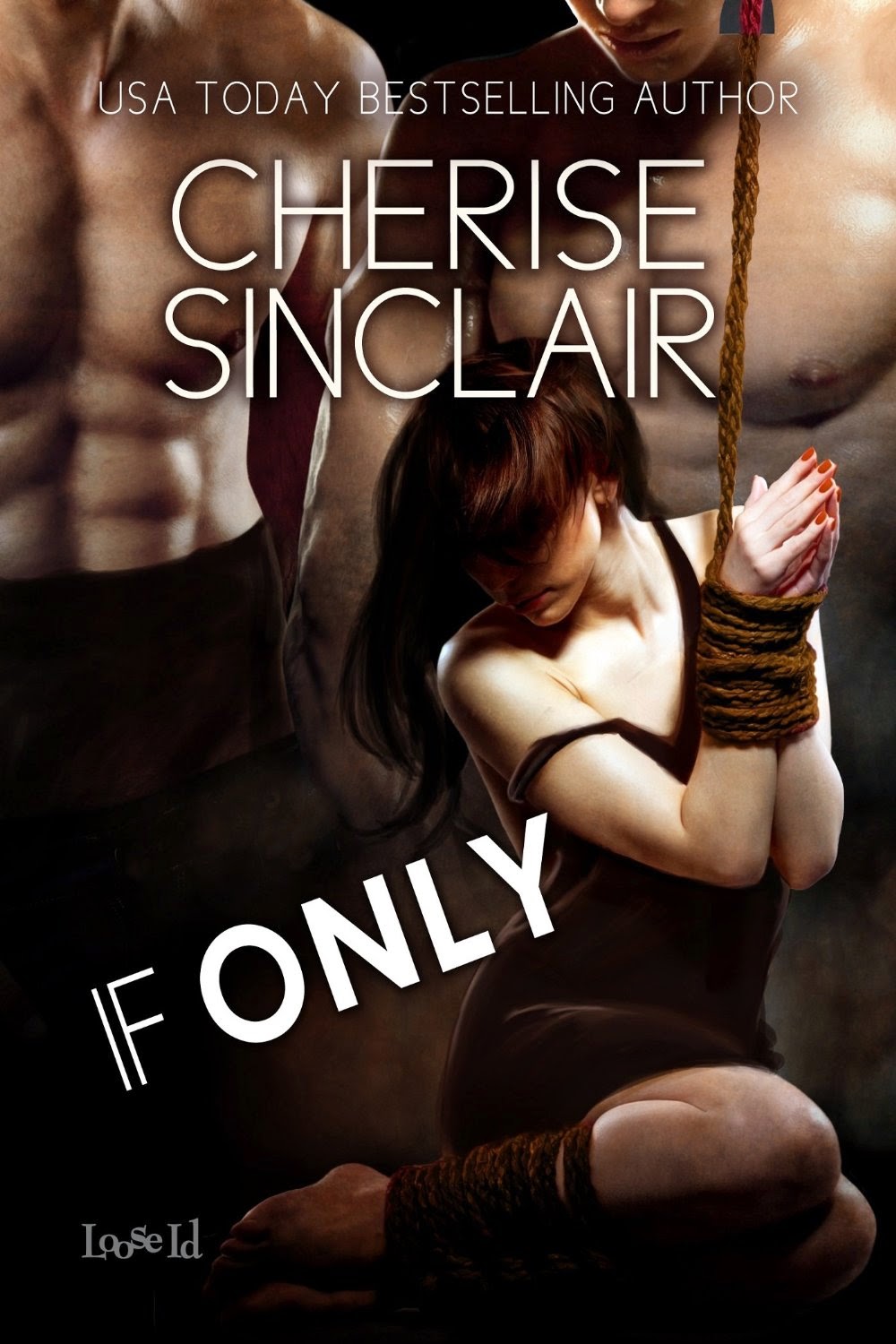 After the last fiasco, Sally gives up. She'll never find a Dom of her own. Instead the computer whiz is job hunting in between bending the law--just a bit--to unearth the bastards who'd enslaved her friends. The clueless cops and Feds obviously need her help.

Shaken by the unexpected emotional exposure, Sally flees the demanding Masters and the Shadowlands. And that should be the end of that, since both Galen and Vance have reasons not to seek a long-term relationship, especially with a submissive who doesn't want what they can give. But when a brutal attack by her ex-Dom sends Sally into their home, the two agents are driven to protect her. To help her. To take her under command. Falling in love isn't in the plans.

But the little imp brings light into their lives, and just as they begin to want more, they discover she's hacked into an organization that delights in burning people alive. Now more than hearts are on the line, and Sally's submission could save her life.

I've been slowly making my way through this series and for the most part I've loved all of the books. Some more so than others but that always seems to happen with long running series. This was one of those books that while reading it I didn't realize how long I had been reading until I looked up at the clock and saw it was 4am. I really need to stop starting books in the middle of the night because sometimes it's really hard to put them down and this was one of those books.

Sally is sassy, sarcastic and smart and just the type of character I like reading. She does things that made me laugh and the fact that the guys had a good sense of humor too, made the book that much more fun to read.

I love reading a book that can make me laugh and even though there are some deep, dark and dirty things that happen in this book the author lightens the mood with one liners that will make you laugh. My favorite by far was, “Oh please, I’m not going to talk computers with someone your age. You probably think a mouse pad is where a rodent lives.”

After what happens to Sally at the hands of her ex boyfriend, I had to take a break because it hit really close to home for me. I had a boyfriend who hit me...once. Thankfully I got rid of him but scenes that have to with that subject always make me cringe and makes my blood boil. Thankfully Sally has people who take care of her when she needs them and it also gives the two intimidating FBI agents a reason to be around her more, getting to know her.

Vance and Galen are FBI agents and Doms who share their women and their home. I always find it interesting to read about two or more Doms that live together and want a submissive to share. Seems like it would be an interesting arrangement to say the least.

These two guys are big, tough and intimidating and it's no wonder that Sally really wants nothing to do with them at first. But it was so easy to see that they weren't big bad brutes, they were very caring Doms and that's exactly what she needed. And of course being FBI agents they named their cat, Glock. I shouldn't have found this as funny as I did.

I was really happy with the ending of this story as well because Sally finally gets to do something she's been needing to do for a long time and she finds out that while kids can be mean at times they do grow up and most times change into adults that are sorry for how they behaved.