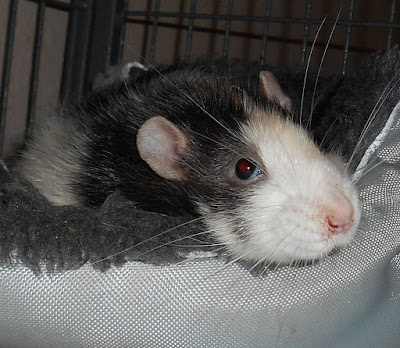 Since a lot of my readers are new-ish and weren't around several years ago when I had rats, hamsters and gerbils. I thought I would show you some of the rats that I've had over the years. I'll show you the hamsters next week.
This was Lucky. He was my 3 legged rat that I adopted after a pet store employee called my daughter and asked her if I would take him because they were going to euthanize him because he had 3 legs. You can read Lucky's Story. 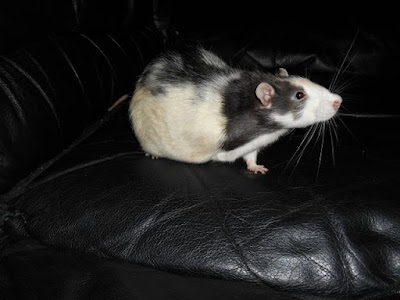 Lucky was the sweetest rat and not having a front right paw didn't slow him down one bit. 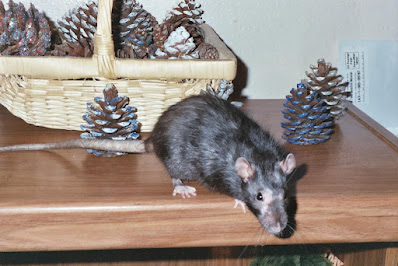 Romi was my very first rat. She had a little bald spot on her face and was so affectionate. She always wanted to be out of her cage sitting on the couch with us. I got her from a neighbor who no longer wanted her. 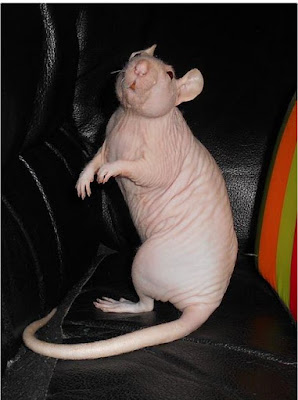 You guys know Flower from my post a couple of weeks ago. She was my only hairless rat. 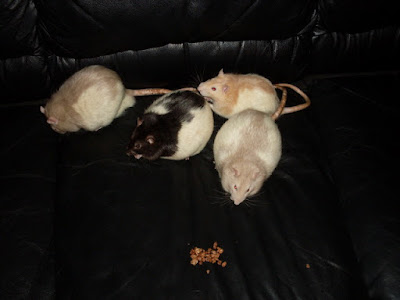 I also had, Ares, Hades, Brodie and Jasper. They are eating cereal in this picture. They had a big cage and I would open the door next to the couch and they would run onto the couch and run back and forth from the cage to the couch and play with us. They were big rats. Brodie, the one in the back was the smallest of them. They were all cage mates. 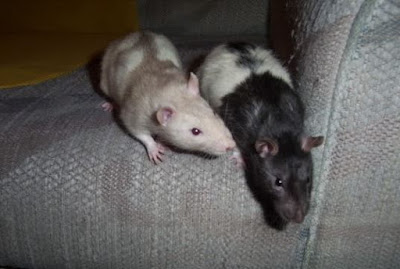 This was Dusty and Oreo. They were both so sweet. They loved to be out of their cage and just sit on us. They were cage mates. 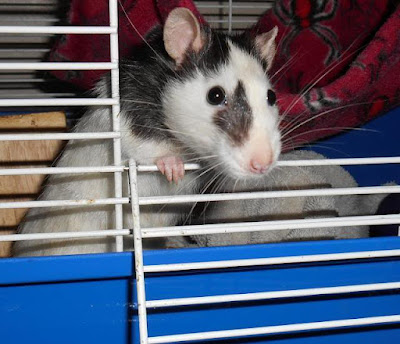 This as Scribbles. He was not as friendly as some of my other rats. He did not like to be picked up and held so I would move his cage to the couch and let him come out on his own. He would come out and sit by us and let us pet him but he wasn't as affectionate as some of my others. In the morning when I would clean the cages, he would come out to the table his cage was on and look for a treat while I cleaned his cage. 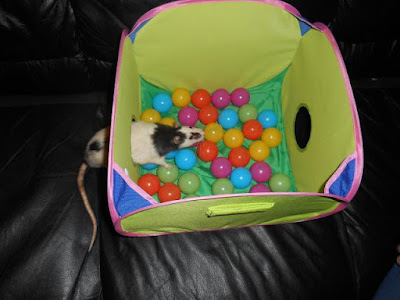 I bought a lot of toys for the rats so they had something fun to do when they were out of the cage. Scribbles liked this ball pit. He would toss the balls around. 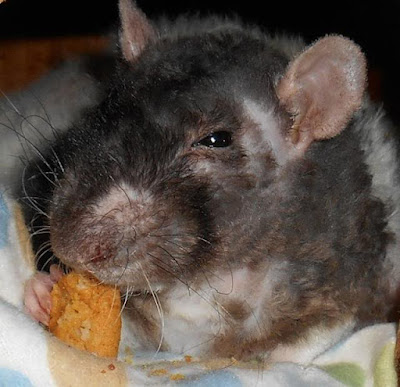 This was Marbles. He was my grumpy boy. He even looks grumpy. He loved treats but didn't like to be held or petted so I let him come out and run around on the couch and let him do his own thing. He would sit next to me as long as I didn't try to pet him. The fact that he always looked so grumpy made me laugh. 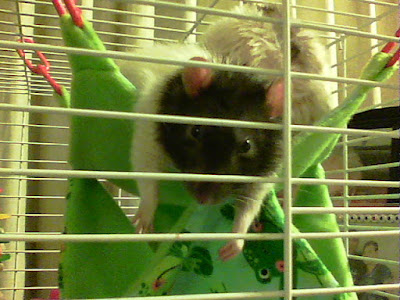 This was Fang. He was cage mates with Bandit, Marbles and Patches. Fang was the only rat I had that ever bit anyone. I got these 4 rats from one of my daughters friends who no longer wanted them and they were not socialized much at all. But especially Fang, hence the name. He never bit me and always wanted me to hold him and I do mean always. But he bit Ken 4 times. Once Ken bent down too close when Fang was laying in my arms and Fang jumped up and bit his nose. Ken kept trying though and would feed him bits of food through the bars of the cage and eventually they became friends. Fang would sleep like this all the time. His little arms would just dangle over the sides of the hammock and he would sleep like this. 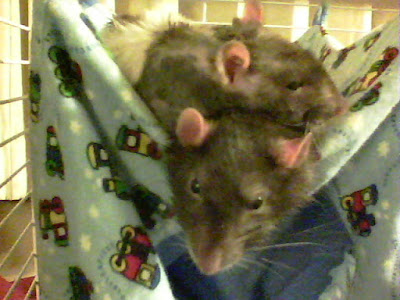 Patches and Fang were a bonded pair. Patches and Fang were always together, laying on each other. Poor Patches was sick when I got him and even though I gave him antibiotics and medicine from the vet, he only lived a few months after I got him. After Patches passed away, Fang became very clingy to me. If I opened their cage door, Fang would jump on me and either lay down in my arms or crawl inside my shirt and want to stay there and cuddle. So I held Fang all the time. He wasn't very friendly with Marbles and Bandit but he tolerated them. 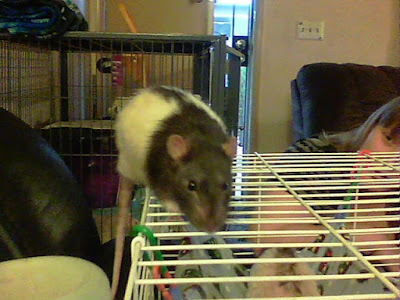 This was Bandit. He was the friendliest of the 4 cage mates. He loved to come out and play with us and be petted. I had their smaller cage on the couch and the big cage is in the background. I put them in the big cage and Ares and Hades in the smaller cage since they were older and were having a harder time getting around. I didn't want them to fall from the upper level so they got a single level cage and these guys got the big cage. 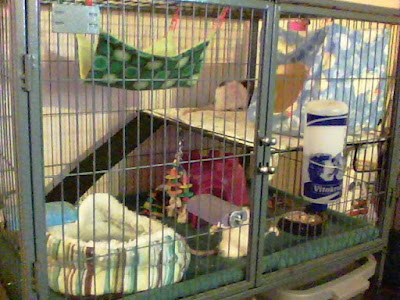 This was the big cage. 4 rat were very comfortable in this cage. I changed up all the hammocks and cubes each week.
I didn't have all of these rats at the same time. But when my rats would start slowing down as they got older, I would adopt more rats. Sometimes I got rats from my daughter friends when they realized they didn't have enough time for them.
And if you want to see how Ken wired two extra cages together that we had to make Flower a 2 level cage, you can find that post here.
Posted by Mary Kirkland at 12:00 AM 41 comments