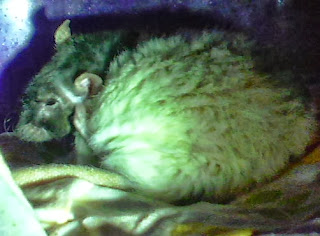 This week I thought I would just show you some pictures of the rats I have right now. After seeing the pictures I think you'll understand why I am such an advocate for these sweet little animals.
This is Marbles above. He was in the middle of cleaning his face with his back paw. He and Bandit are both 3 1/2 years old and he is so fluffy because he is a Rex, which is also why he has bald spots like the one on his face. 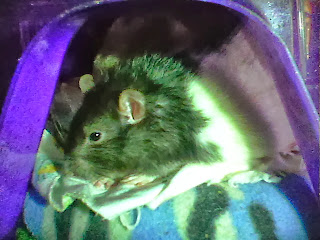 This is Bandit, he and Marbles are brothers and both are 3 1/2 years old. They are my old men. Bandit has turned into a little cuddler in his old age. He will come over to the from of the cage and just want to be petted. 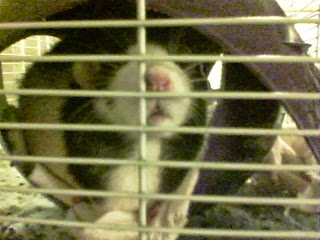 And Lucky. He's almost a year old and still the most rambunctious, sweet boy I've ever had. He's always ready to come and give kisses and play. He never slows down. 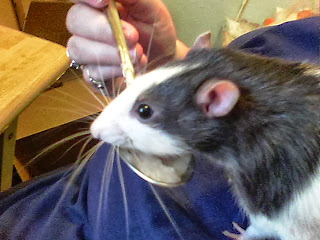 Lucky was sharing some of my Cream of Wheat one morning. Of course he stuck his paw in the spoon and tracked it all over my shirt, but what are you gonna do when he's so cute?