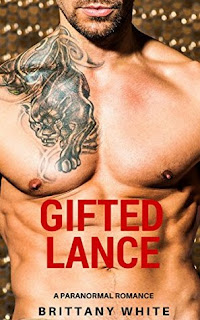 Book Description
Sasha Morrows was tired of dating. After a disastrous blind date with a man her sister through would be perfect for her, Sasha was ready to give it up all together. When her boss calls her in for last minute help finished the pastries for a Hairy and Fluffy party, Sasha is happy for the distractions. After all, she certainly isn’t going to meet her perfect man at a shifter party.
Cole Grayson hasn’t taken a lover in quite some time. Both he and his inner wolf are tired of loveless sex, and he’s starting to think that his mate doesn’t exist. When he gets a mysterious invitation for a Hairy and Fluffy party, he thinks his mother is up to something. She blackmails him into the part, and once there, he only finds more women interested in taking a shifter to bed.
This content contains hot romance with some scorching sex scenes, adult language and possible violence. Only for 18+!
My Review
Sasha is called in to help cover the Hairy and Fluffy party. The party is a shifter party and Cole's mother had an invitation sent to him because she wants him to find his mate. He doesn't think that he'll find her there but he makes an appearance anyway hoping to find a female to at least spend the night with. Sasha is making pastries when Cole spots her and flirts with her. But she's not interested at first. It doesn't take long before they are going back to her place though. This was a quick, hot novella. I would have liked a little more story because this book was 90% sex and 10% story. But for what it was, it wasn't bad.
I give this book 3 out of 5 stars.
Posted by Mary Kirkland at 12:00 AM 20 comments