Introducing Bandit to My Grandson 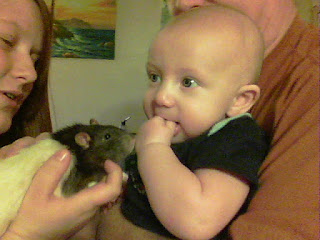 Bandit was more than happy to give Logan kisses and cuddle with him. 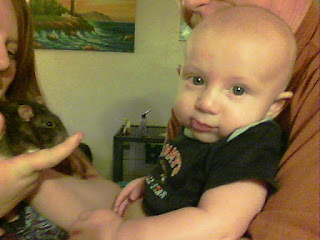 Logan was more interested in what I was doing with the camera. lol 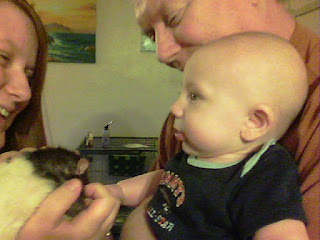 We made sure both of them were being held securely so no one got hurt...mostly Bandit. Logan has a pretty strong grip so we made sure he didn't get a hold of poor Bandit and squeeze him or anything but Logan wasn't really interested. 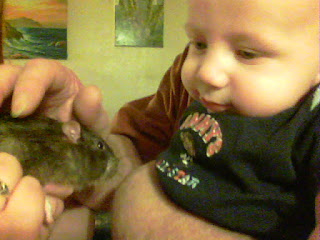 Until he finally saw the little furry creature moving..then he kept looking at him and smiling. 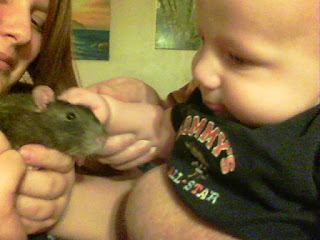 Grandpa held his hand and let him pet Bandit while my daughter held Bandit. Bandit just wanted to give kisses.