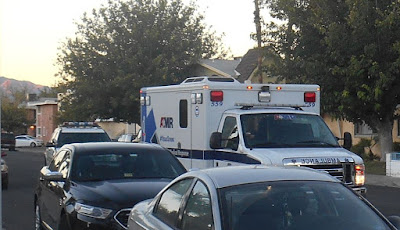 This week has been a mixture of weirdness, so I'm going to let you know a few things.

First, the police and ambulance showed up for my apartment complex after a domestic dispute. This time it was a teenage son who got into a fist fight with his father. The son is on house arrest and was wearing an ankle monitor. The father's face was really bloody and he was taken away in the ambulance and the teenager was taken away in handcuffs.

Then I spotted this a few days ago. It's a mattress and box springs set up in between these two electrical boxes and 2 homeless people have been staying there. No one around here seems to mind since they aren't making a mess or messing with anyone around here. They're been there for about 2 weeks.

Yesterday I saw from my bedroom window that the city workers that come and clean the sidewalk and rocks over by where I walk Falcor were there and they brought along their own porta potty. I guess when you gotta go, you gotta go. It's not a great picture but they would have been gone by the time I would have got out there to get a better picture. 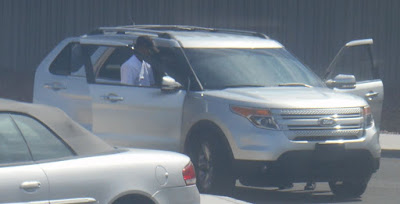 A few days ago Ken and I saw one of my neighbors who doesn't work, deals drugs and has never had a car around here suddenly show up with a newer looking car. But he and his girlfriend parked it around the corner, opened all the doors and went through it really well. 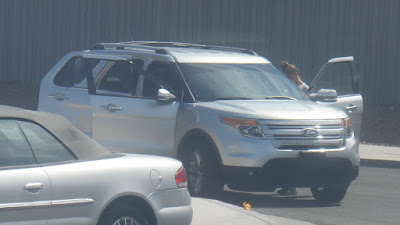 They spent about an hour just looking all over inside this car. So we were thinking it was probably stolen and I figured if the cops showed up, it might be interesting to have some footage of them going through the car. 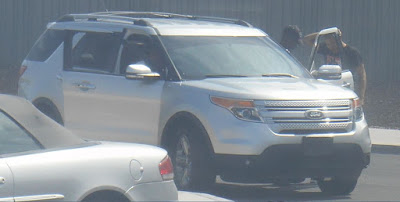 They called a couple of other people over and they went through the car too. 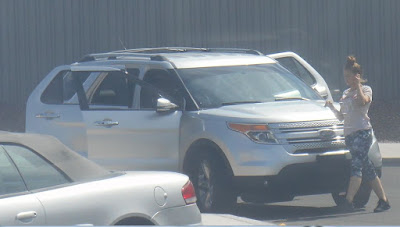 Then they spent some time on their phones and left the car parked over there which is across the street and around the corner from where they live. Not weird at all. They drove it around for about a day and then we saw the police at their door at 11pm and they were both arrested and this car as well as another one which I'm assuming was also stolen were towed away. I still wonder how the police knew which apartment to go to. Maybe they had someone watching them or something. Who knows. But I think it's funny that we had a suspicion that the car was stolen and didn't even know about the other car.