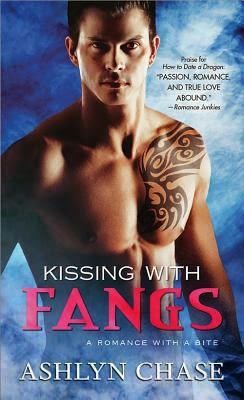 There's Something He's Never Told Her...


When her workplace burned down, Claudia should've taken it as a sign to move on—and not just professionally. She's been secretly lusting after her mysterious boss, Anthony Cross, for years. There's no way she should agree to help him rebuild if she wants to keep her heart intact, and yet it's impossible to stay away...


The flames that destroyed Anthony Cross's beloved bar are nothing compared to the heat he feels every time he lays eyes on Claudia. But he can't have her—it's against paranormal law for a vampire to date a human. Besides, he has some dangerous enemies, and one in particular already has her sights on Claudia. He owes her the truth—both about his feelings and his vampire nature—which means their lives are about to get hotter than ever...

Anthony plans on rebuilding his bar that burned down so the paranormals in the area have a safe meeting place and he's hoping he can talk Claudia into coming to work for him again because although he's not supposed to, he's got it bad for her.

Vampire's, shifters and wizards, oh my!

I am a sucker for a good vampire romance but when you throw in some other paranormals, it's all that much better. The more the merrier I say. I've slowly been making my way through this series and have been loving every single book I've read. But I've been a fan of Ashlyn's books for a very long time.

Anthony and Claudia make a great couple and they battled a couple of very hard topics, alcoholism and a crazy ex-girlfriend. Some might not think that the crazy, stalker ex girlfriend would be as big a deal as being an alcoholic but anyone who's had to deal with a stalker will tell you otherwise. I really thought both topics were dealt with in a good way and I like that we see people who have real, everyday problems because that always makes a character easier to relate with. It also makes the book more realistic even when you're reading about vampires.

Speaking of great characters, let's talk Gaia for a moment. I love her character and love how she pops up in so many books. At first I thought she was kind of a hard ass but I've grown to love her and can see she does care for those she interacts with.

Along with rebuilding his bar, trying to start a relationship with a human and keeping his crazy ex girlfriend away, he is also trying to find out who is kidnapping paranormals. There's so much going on in this book that it was never boring. Something new and exciting is always happening, which made it a real page turner.

If you've been reading this series and were hoping to find out more about Anthony, this is the book you've been waiting for. We get to know him a lot more and find out he's been dealing with a lot of secrets, the biggest one is keeping humans from finding out he's a vampire or that other paranormals come to his bar to meet.

If you're looking for a great vampire romance, a mystery to solve or a great love story then this is the book you want to read because it has all of that and more.