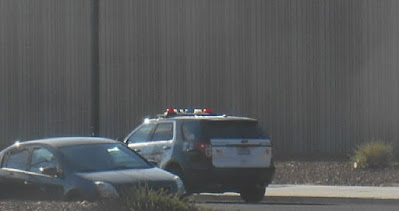 This week there was a fight across the street early in the morning when I was taking the dog out. The police showed up while I was outside and one of the officers had to pull the guy to the side because he kept yelling at the female while the officers were standing there. They all ended up walking behind the building where I couldn't see what was happening but I could sure hear them. Especially the guy, he was loud and yelling about how she did him wrong. I don't know what she did but he sure was mad about it.  I'm not sure if anyone went to jail since I came back inside and didn't see them leave.
So that's it for this week's Apartment Hell  Life! Be sure to come back next week for more.
Posted by Mary Kirkland at 12:00 AM 51 comments