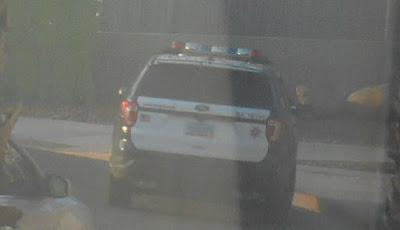 On Monday I saw the police down the courtyard making one of the homeless men who was sleeping on the sidewalk, move. His brother who lives here lets him sleep by his door but his neighbors don't like it so they must have called the police. He was back sleeping in the same place the next day and everyday since.

The woman who lives in the drug dealing apartment has been stopping by my door for weeks with her dog and talking to my dog. Falcor starts yelping and barking every single time because he wants to go see the dog. So last Sunday I'd had it and stopped her while she was at my door and told her not to stop at my door anymore because she was upsetting my dog. This crazy bitch says, "Oh I'm just passing by"

So I said well on your way by can you not stop in front of my door? She stood there looking at me like she was going to say something else and then just said, oh ok.

I mean, really? You have to be told not to stand in front of someone's screen door and make their dog bark? Farking idiot. 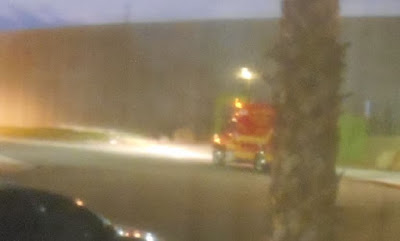 The fire truck showed up Thursday night for the old guy down at the end of my building. Then Friday morning at 6am the ambulance and fire truck were outside again for the same guy. This time the paramedics put on gowns and masks and had the old guy come out wearing a mask before they put him in the ambulance. I got a bad picture of the ambulance but I'm hoping this guy didn't test positive for the Coronavirus. This is the same guy who lets his homeless brother sleep by his door.